ICC application to go into effect in April: Abbas

Abbas began a three day visit to Tunisia on Thursday, and announced that the Palestinian application to the ICC will take effect in April and that he would work to put an end to the Israeli occupation of Palestinian territories. 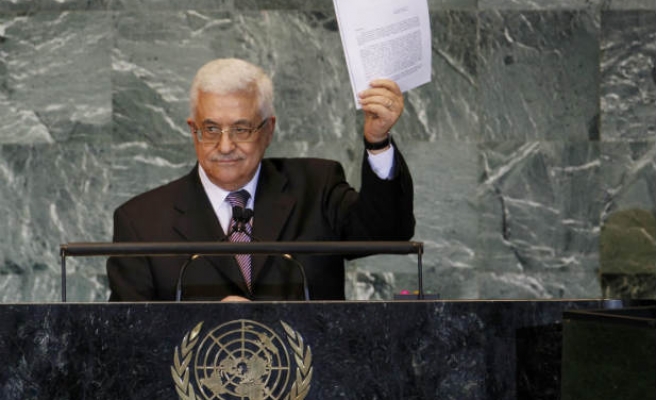 Following a meeting with Tunisian President Beji Caid Essebsi in Tunis, Abbas said their talks had focused on the suffering the Palestinians as a result of Israeli violations.

Abbas began a three-day visit to Tunisia on Thursday, becoming the first Arab president to visit the North African state since Essebsi won the presidential election in November of 2014.

The Tunisian presidency, meanwhile, said that Abbas would discuss the latest developments on the Palestinian front with Tunisian officials during his visit.

"The visit also serves as a chance to discuss means of boosting cooperation between the two states," the presidency added in a statement.

Soon after taking the oath of office last December, Essebsi said the Palestinian cause would be one of his foreign policy priorities.

He added that, during his tenure, he would work to put an end to the Israeli occupation of Palestinian territories.

Abbas applied for Palestinian membership in the ICC in December of 2014. The move came shortly after a Palestinian draft resolution setting a deadline for ending the Israeli occupation was rejected by the UN Security Council.

Abbas' ICC bid has angered Israel and drawn criticism from the U.S. administration.