ICC refers Libya to UNSC for not surrendering Gaddafi's son

Since his arrest in 2011, Saif al-Islam has been held by a faction of former rebels in the Zintan region who often operate beyond the authority 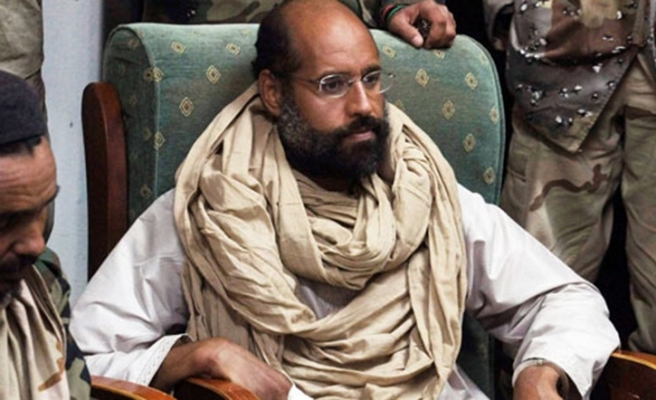 The International Criminal Court said on Wednesday Libya had violated an obligation to hand over murder suspect Saif al-Islam Gaddafi and it referred the matter to the U.N. Security Council.

The Council, which asked the ICC to investigate crimes committed in the 2011 uprising that toppled and killed Saif al-Islam's father Muammar, could sanction Libya, though it is not clear that its government is in any position to hand him over.

Since his arrest in 2011, Saif al-Islam has been held by a faction of former rebels in the Zintan region who often operate beyond the authority of both the internationally recognised Libyan government and the rival Libya Dawn movement, which now holds the capital Tripoli.

Lawyers for Saif al-Islam, accused of orchestrating crimes of murder and persecution in an attempt to put down the 2011 uprising, want him transferred to face justice in The Hague where he would not face the death penalty.

"Non-compliance by Libya effectively prevents the Court from fulfilling its mandate," ICC judges wrote in their decision.

The ICC, which was established to try grave crimes that local authorities could not handle, has struggled to impose its will in countries where it operates.

The court also ordered Libya to return documents that were confiscated from Saif al-Islam's former ICC lawyer Melinda Taylor when she was detained for three weeks by the Zintani rebels when she attempted to visit her client.