Lubanga, 53, who had been on trial since 2006, was convicted two years ago of war crimes for using child soldiers 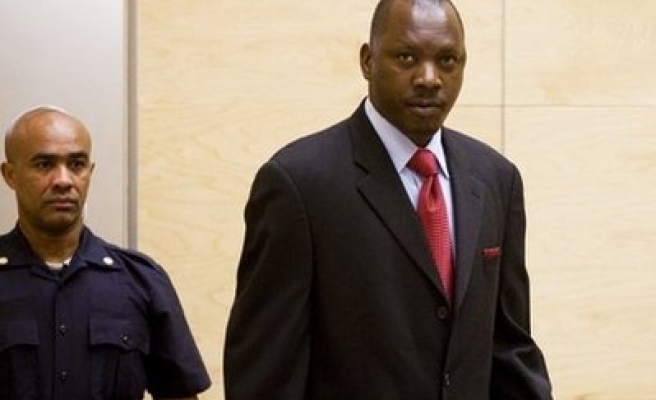 The milestone risks being overshadowed by the slow pace of justice at the institution - set up more than a decade ago to prosecute the gravest international crimes in countries unable to deliver justice themselves.

Lubanga, 53, who had been on trial since 2006, was convicted two years ago of war crimes for using child soldiers during a conflict in the mineral-rich Ituri region in the north-east of the Democratic Republic of Congo in 2002-2003.

He will serve his sentence in one of the ICC's 122 member states. The eight years he has spent in jail count towards his sentence. He could become eligible for early release after two-thirds of his sentence, meaning he could go free next year.

Activists hailed the ruling, which Brigid Ender of the pressure group Women's Initiative for Gender Justice hailed as a "significant milestone" in global efforts to end impunity for war crimes.

The court, which has a budget of around 100 million euros ($125 million) a year, has concluded just three cases since it was set up in 2002, convicting Germain Katanga, a fellow Congolese warlord, and acquitting another, Mathieu Ngudjolo.

Lubanga had asked appeals judges to find that video evidence showing child soldiers in his army, the Union of Congolese Patriots, was not reliable, bringing former soldiers to testify that they had been adults at the time of the conflict.

It has also brought charges against more prominent figures, including against Uhuru Kenyatta, now Kenya's president, and Laurent Gbagbo, the former president of Ivory Coast, both on charges of stoking post-election violence.

Gbagbo's trial is due to start shortly, while Kenyatta's ccase is stalled in pre-trial and appears close to collapse after a string of witnesses withdrew.

The appeals panel of five judges found, with one full and one partial dissent, that there was no reason to doubt the verdict reached by judges at the original trial.

Dressed in a vivid traditional robe of purple and blue, Lubanga listened stony-faced as judges read out the verdict.