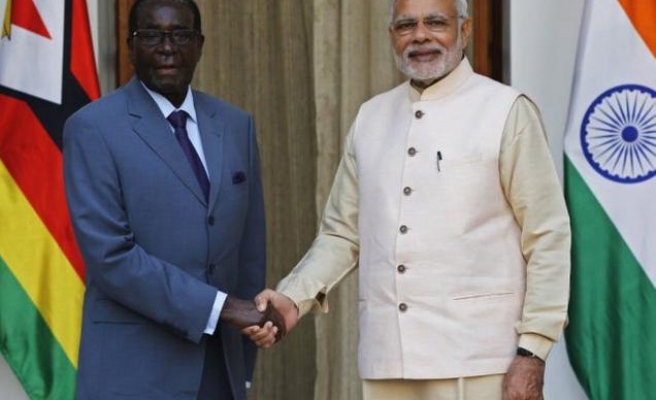 India's Prime Minister Narendra Modi said Thursday that India and Africa must join forces to call for reform of the United Nations to reflect the growing power of emerging nations on the global stage.

In a speech to the India-Africa Forum Summit in New Delhi, Modi said the UN and other global institutions "risked becoming irrelevant" if they did not adapt to a changing political and economic landscape.

As the UN celebrates the 70th anniversary of its charter this month, the Indian premier said India and Africa should "speak in one voice" to seek "reforms of the United Nations, including its Security Council".

India and Africa are together home to a third of the world's population, but neither India nor any African country has a permanent seat on the UN Security Council, which is made up of China, Russia, the United States, the United Kingdom and France.

"The world is undergoing political, economic, technological and security transition on a scale and speed rarely seen in recent history," Modi said, in a wide-ranging speech.

"Yet our global institutions reflect the circumstances of the century that we left behind, not the one we are in today... unless they adjust to the changing world, they risk becoming irrelevant."

His comments were echoed by Zimbabwean President Robert Mugabe, who took to the stage directly afterwards to say that India and Africa had remained "underdogs" in the UN.

Mugabe, also the current African Union chairman, called for Africa to have greater representation on the Security Council, which he described as "defective".

"We are saying that we demand equality... We are saying, let's amend the charter of the UN," he said.