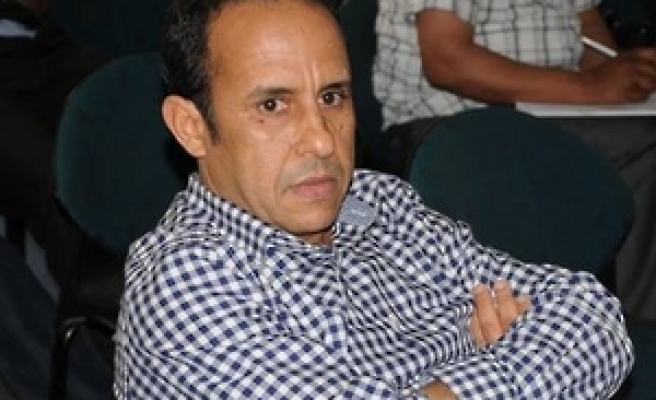 International rights groups called on Morocco on Thursday to release the editor of a news website arrested after it posted an al Qaeda video urging Moroccans to rise up against their rulers.

Ali Anouzla, editor of Lakome.com, is well known for his columns critical of the North African kingdom's government and his calls for greater press freedom in a country where the state often exercises control over local media.

Amnesty International, Human Rights Watch, the Committee to Protect Journalists, Reporters without Borders and local Moroccan human rights organisations all urged the government to free the editor who was arrested on Tuesday morning.

He is accused of posting an article, with a link to a video hosted by the Spanish newspaper El Pais, containing a direct call to perpetrate acts of violence in Morocco, a statement from the Justice Ministrysaid on Tuesday.

The video, titled "Morocco, the kingdom of corruption and despotism", is a message to Moroccans from al Qaeda in the Islamic Maghreb (AQIM), the organisation's North African wing, and urged them to rise up against their rulers.

"The video is clearly inciting violence and acts of terrorism which are condemned and rejected by the whole of the Moroccan society," Communication Minister Mustapha Khalfi said.

"We call for the immediate release of Ali Anouzla who published the video for purely informative reasons," Reporters Without Borders said.

Amnesty International said the detention of the editor was an assault on the country's independent media and said he must be released immediately and unconditionally.