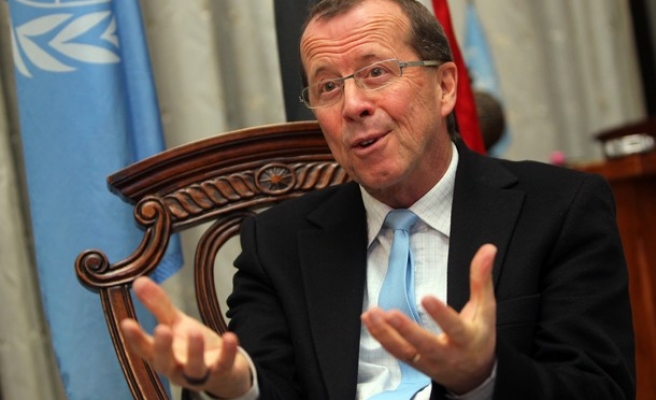 World powers have urged Libya's warring factions to endorse the unity government agreed last week under a UN-brokered deal aimed at ending political paralysis that has fuelled the rise of extremists.

Libya has been in chaos since the 2011 ouster of longtime dictator Moamer Kadhafi. It now has two governments and parliaments, with the recognised authorities based in the east and a militia-backed authority in Tripoli.

In mid-December, a minority of lawmakers from both sides signed a deal to unify the government.

A national unity government headed by businessman Fayez al-Sarraj and comprising 32 ministers was formed last week, but it was rejected by the recognised parliament on Monday.

"I am working on the basis that the glass is now half full," Kobler told a news conference in the capital of neighbouring Tunisia.

The German diplomat applauded lawmakers who had been boycotting the recognised parliament in the eastern city of Tobruk for attending the assembly, describing this as "a very courageous decision".

But Kobler said that he was "impatient" like members of the international community who were frustrated at the slow process caused by "certain personalities".

He warned that while political forces discuss the agreement, "ISIL and other terrorist organisations... just act and they steal the territories from the Libyan people".

In recent weeks, ISIL extremists launched attacks from their stronghold in the city of Sirte on facilities in the "oil crescent" along the coast.

Fears they are establishing a new bastion on Europe's doorstep have added urgency to diplomatic efforts to bring together Libya's warring factions.

Sarraj pledged on Monday to propose a new unity government within 10 days, but the task is fraught with difficulties.

One is a dispute over the fate of General Khalifa Haftar, who has established himself as the commander of the armed forces of the internationally recognised authorities.

His removal is one of the conditions set by the parliament in Tripoli.