Libya freed 37 prisoners late on Tuesday who had been jailed for links to Islamist groups. 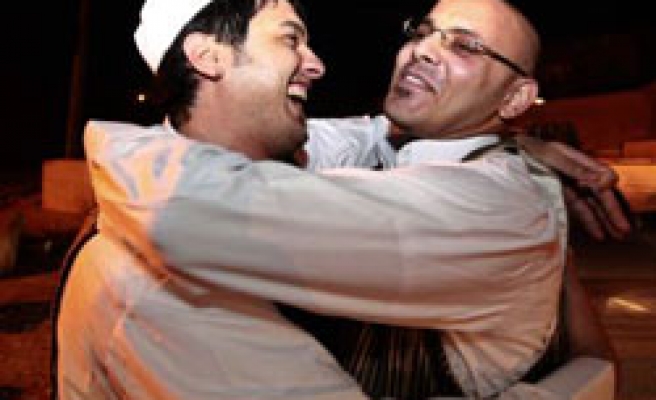 Libya freed 37 prisoners late on Tuesday who had been jailed for links to Islamist groups.

The prisoners were kissed and hugged by waiting relatives when they walked out of the Abu Salim prison near Tripoli.

"These releases come in the context of national reconciliation and social peace," said Mohamed al Allagi, chairman of the human rights committee of the Gaddafi Foundation, the charity which helped organise the release.

The charity is headed by Saif al-Islam, a reform-minded son of Libyan leader Muammar Gaddafi who some analysts say could eventually succeed his father.

Saif al-Islam has campaigned for reconciliation with Islamists who promise to lay down their arms.

The 37 prisoners, all dressed in traditional Libyan costume, were given refreshments in a tent inside the prison grounds before being greeted by relatives, many of whom were in tears, said a Reuters reporter at the prison.

Five of the prisoners had links to the Libyan Islamic Fighting Group (LIFG), which tried to overthrow Gaddafi, said Abdelhakim Belhadj, a former LIFG leader freed earlier this year.

Belhadj said the rest of the prisoners released on Tuesday had been detained because they sympathised with Islamist movements, but were not LIFG members.

More than 700 prisoners have now been released under the reconciliation programme, but over 300 are still behind bars, according to figures given by Libyan officials.