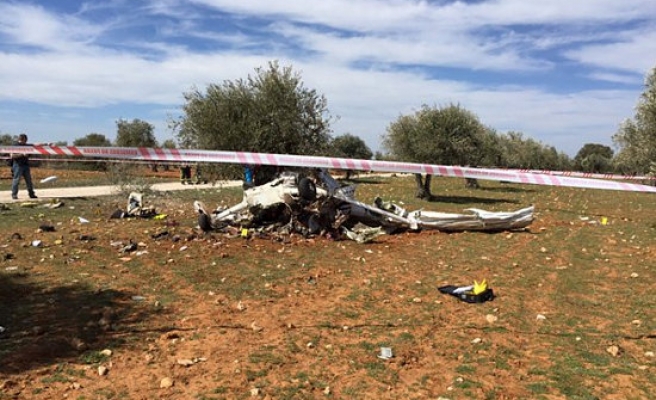 Four Moldovans were killed and four French soldiers injured early Saturday when a cargo plane crashed into the sea shortly after taking off from Ivory Coast, according to local officials.

“We’re still trying to get details of the crash,” Ivorian Security Minister Sidiki Diakite told journalists at the scene of the crash, according to Ivorian state channel RTI, adding that two Moldovans were also injured.

The crash of the Antonov AN-26-100 model flight took place after taking off from the West African country’s Abidjan international airport during a thunderstorm. French forces are stationed near the airport in support of Operation Barkhane, an anti-insurgent operation.

Pictures shown on TV showed the plane’s tail to have been shorn off.

The logo on the tail -- a white V on a blue background -- appears to belong to Valan International Cargo Charter, a Moldovan-based airline whose website said it has flown for the UN, World Food Program, and Red Cross, among others.

“The injured have been transported to Abidjan’s Port-Bouet camp for treatment,” he said.

Hundreds of onlookers gathered at the beach on Saturday as rescue workers ran to the scene.