Ouattara, a former International Monetary Fund official, was re-elected in the first round of presidential election on October 25 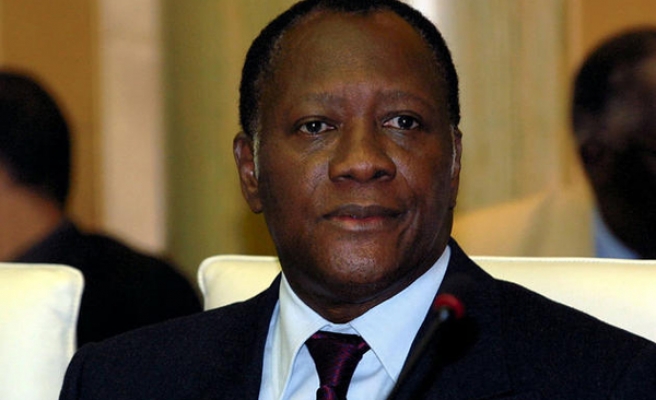 Ivorian President Alassane Ouattara was sworn in on Tuesday for another five-year term in office.

Ouattara, a former International Monetary Fund official, was re-elected in the first round of presidential election on October 25.

The official ceremony was held in Abidjan city in the presence of Constitutional Council members and some foreign leaders, including the Senegal’s President Macky Sall and Benin’s President Thomas Boni Yayi.

During the ceremony, the 73-year-old president reiterated his commitment to serve the country and presented his key priorities of his second mandate, including "national reconciliation, promoting the country's economy and improvement of living conditions of Ivorians in general and women in particular".

Ouattara, a candidate of the Rally of Houphouetists for Democracy and Peace (RHDP), was elected for a second and final term with 2,618,229 votes, representing 83.66 percent.

The October 25 election was overseen by more than 5,000 observers who judged it to be peaceful and valid.

The poll was the country’s first presidential race since a deadly bout of post-electoral violence between 2010 and 2011 led to the death of some 3,000 people, according to the UN.

Since 2011, Ouattara has been credited with steering the country through a period of economic growth following a brief civil war in 2011, sparked by former President Laurent Gbagbo’s refusal to accept the election result.