Bedie's support helped sweep Ouattara to power in the last polls in 2010, but then-president Laurent Gbagbo refused to accept defeat and plunged the world's top cocoa grower into a civil war 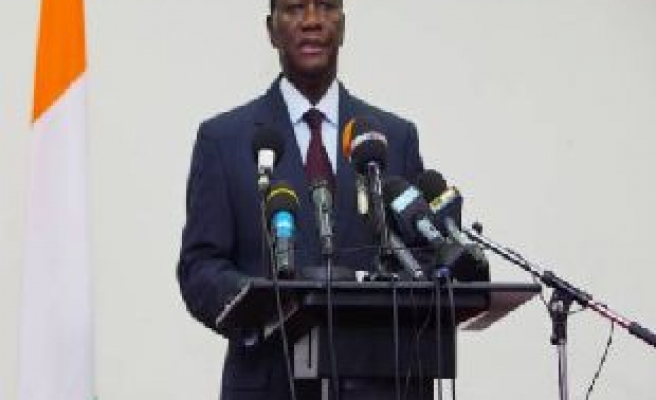 The move practically guarantees victory for Ouattara and continuity for the powerhouse of West Africa, which has bounced back from civil war and strife to hit growth of around 9 percent last year and attract strong foreign investment.

But critics say this predictability is also a problem, because it will deprive the West African country of a much-needed exercise in democracy after years of turmoil.

Bedie's support helped sweep Ouattara to power in the last polls in 2010, but then-president Laurent Gbagbo refused to accept defeat and plunged the world's top cocoa grower into a civil war that killed some 3,000 people.

The 80-year-old Bedie last Wednesday said his Democratic Party of Ivory Coast (PDCI), which is part of the ruling coalition, would again back Ouattara.

"Ouattara would have been likely to win the 2015 election even if the PDCI had decided to field a separate candidate," Christoph Wille, an analyst with Control Risks, wrote. "However, Bedie's support ... means that Ouattara will face extremely limited competition in 2015."

"The country is bouncing back. We must avoid more violence in the next elections," said Estelle Ya, who sells vegetables at a market in the commercial capital Abidjan. "If the PDCI presents a candidate, there will be too much tension."

But not everyone agrees the move will end the divisive politics that plunged Ivory Coast into unrest - of which Bedie was a principal architect. Some fear that, by effectively excluding other political voices from the presidential race, Ivory Coast has failed to learn the lessons of its past.

During his 1993-1999 presidency, Bedie stoked a debate over "Ivoirite" - the rights of true born Ivorians over immigrants - largely to bar northerner Ouattara from running in elections.

Gbagbo adopted the issue and won a 2000 poll that excluded both Ouattara and Bedie, whose corrupt leadership had led to his ouster in a coup a year earlier.

Northern soldiers, angry at discrimination in army ranks, plunged Ivory Coast into a 2002-2003 war that divided it into a rebel-held north and government south until the 2010 polls.

For Rinaldo Depagne, West Africa project director for International Crisis Group, while the deal between Ouattara and Bedie solidifies the union of two long-standing and often bitter rivals, it does so at the expense of almost everyone else.

"Perhaps it will sort out the short-term problems but this certainly doesn't sort out the issue of winner-takes-all in Ivory Coast," he said.

Bedie's announcement has ruffled feathers within his own party, since the PDCI had been expected to decide at a congress later this year whether to field its own candidate in 2015.

The PDCI won 88 of the 255 seats in parliament and controls the premiership and several other cabinet posts.

Rejection of Bedie's commitment to Ouattara could split the party founded by independence leader Felix Houphouet-Boigny.

"It's a betrayal of the memory of Felix Houphouet-Boigny ... It's an abuse of power," said Kouadio Konan Bertin, former head of the PDCI youth wing. "The PDCI will indeed have a candidate."

On the streets of Abidjan, some disgruntled Ivorians see the deal as yet another bid by the political elite to shut out the electorate from decision-making.

"It's a setback for democracy. Bedie and Ouattara have decided to create a monopoly in Ivory Coast," said Alain Zega, who runs a small IT shop in the Yopougon neighbourhood.