Trade Minister Yoshio Hachiro faced pressure to resign on Saturday after reports that he joked with a reporter about radiation from the tsunami-crippled Fukushima nuclear plant. 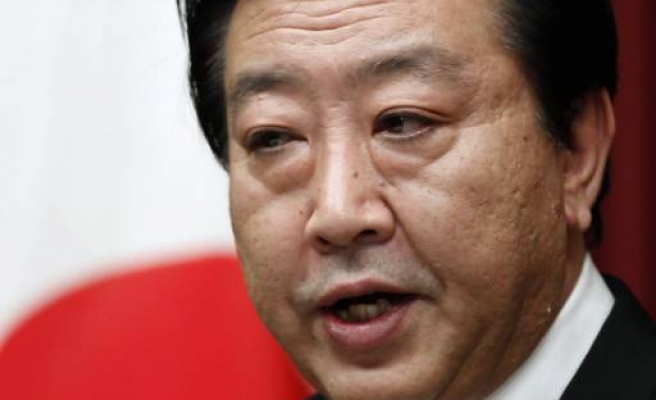 Japanese Prime Minister Yoshihiko Noda's new government ran into trouble after just a week in office with calls for one of his ministers to quit over gaffes on the sensitive topic of radiation from the tsunami-hit Fukushima plant.

Trade Minister Yoshio Hachiro faced pressure to resign on Saturday after reports that he joked with a reporter about radiation from the tsunami-crippled Fukushima nuclear plant.

Hachiro was quoted in Japanese media as attempting to rub up against a reporter saying "I'll give you radiation" after visiting the Fukushima plant on Thursday.

"It is important for him to explain clearly his true intentions by today," Maehara said.

"He should resign ... If he does not, PM Noda should dismiss him."

Hachiro later apoligised and said he wanted to stay in his job and hoped to discuss the issue later in the day with Noda, media reported.

Hachiro has already been rebuked by Noda and apologised on Friday for calling the deserted area near the plant a "town of death", a comment seen as offensive to victims of the world's worst nuclear accident in 25 years.

The fuss over the remarks by Hachiro, who handles the energy portfolio, is an early blow to Noda's new administration as it strives to end the radiation crisis at the Fukushima plant while tackling a mountain of challenges from rebuilding after the March earthquake and tsunami to curbing a huge public debt.

Noda, who took over as Japan's sixth prime minister in five years after predecessor Naoto Kan resigned, will likely face harsh questioning over his appointment of Hachiro and other novice ministers in a session of parliament expected to begin next week.

Defence Minister Yasuo Ichikawa has already come under attack for calling himself an "amateur" in security matters.

Noda, who won a bruising battle to become head of the ruling Democratic Party of Japan, emphasized the need to restore fractured party unity in his appointments, raising concerns that he had done so at the expense of expertise.