Jibril's NFA was heading for landslide victories in the Tripoli suburb of Janzour and the western region towns of Zlitan, Misalata, Tarhouna and Khoms with over three-quarters of votes counted in those areas. 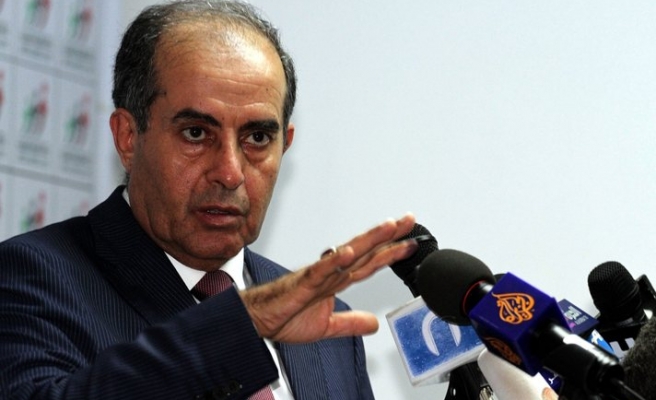 Wartime rebel prime minister Mahmoud Jibril took an early lead in Libya's national assembly election, according to partial tallies released on Monday that pointed to a weaker than expected showing for Islamist parties.

If confirmed that trend would set Libya apart from other Arab Spring countries such as Egypt and Tunisia where groups with overtly religious agendas have done well - although Jibril insists his multi-party alliance is neither secular nor liberal and includes sharia Islamic law among its core values.

Saturday's poll was the first free national vote in six decades and drew a line under 42 years of rule under former leader Muammar Gaddafi. International observers said it went well despite violent incidents that killed at least two people.

Jibril's National Forces Alliance (NFA) was heading for landslide victories in the Tripoli suburb of Janzour and the western region towns of Zlitan, Misalata, Tarhouna and Khoms with over three-quarters of votes counted in those areas.

In Misrata, Libya's third city, the Union for the Homeland led by a long-time Gaddafi opponent, was on course to win.

Neither the Justice and Construction party - political wing of the Libyan counterpart of the Muslim Brotherhood that now dominates the Egyptian parliament - nor the Al-Watan Islamist group led by an ex-rebel militia chief did well in the tallies.

But analysts cautioned that parties only have 80 out of 200 seats in a new assembly which will appoint a caretaker prime minister and cabinet before preparing for parliamentary polls next year, with independent candidates taking the other 120.

"We have no way of knowing yet how they (the independents) will align themselves," said Hanan Salah of campaign group Human Rights Watch.

There is speculation that Jibril, who will not sit in the new assembly himself, may seek a greater role for himself - possibly even as president if such a position is created in a new Libyan constitution to be drafted next year.

However on Sunday Jibril brushed aside such speculation and offered talks with all of Libya's 150-plus political parties to create a grand coalition.

"We extend an honest call for a national dialogue to come altogether in one coalition, under one banner ... This is an honest and sincere call for all political parties operating today in Libya," Jibril told a news conference.

Nearly 1.8 million of 2.8 million registered voters cast their ballots, a turnout of around 65 percent, authorities said.

"The door is open to dialogue now for all Libyans," Ali Rhouma El-Sibai, head of the Islamic Al-Assala Group, told Reuters. "But no agreement is possible until we know what is on the table. We cannot compromise our principles."

Many easterners are furious that their region, one of three in Libya, was only allotted 60 seats in the new assembly compared to 102 for the western region that includes Tripoli.