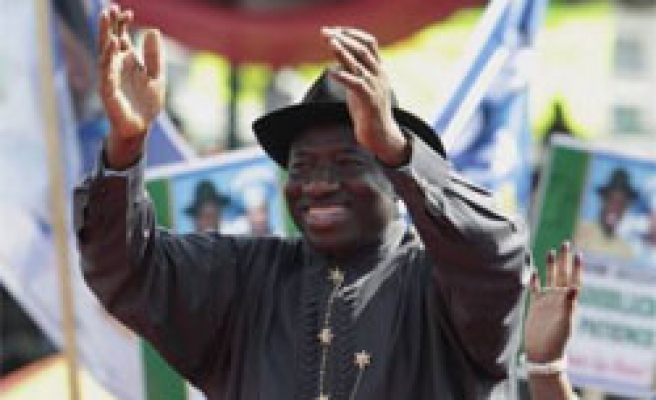 Nigeria's President Goodluck Jonathan formally declared his bid for the 2011 presidential poll on Saturday, three days after launching it on his Facebook page, ending months of doubts over his ambition.

"I, Goodluck Ebele Azikiwe Jonathan have decided to humbly offer myself as a candidate in the presidential primaries of our great party, ... in order to stand for the 2011 presidential elections," Jonathan said at a rally in Abuja.

The president had used his Facebook page on Wednesday to declare his intention to run in January amidst a row in his ruling People's Democratic Party (PDP) on whether to support him or a northern candidate.

The 52-year-old southern Christian from Bayelsa State in the oil-rich Niger Delta succeeded president Umaru Yar'Adua after his death in May. He had been deputy president since 2007.

The PDP, dominant in Nigerian politics since the country returned to civilian rule in 1999, is divided between backing Jonathan or a candidate from the country's mainly Muslim north.

An unwritten party policy has long dictated that it rotate its candidates between the Muslim north and predominantly Christian south every second term.

The rule serves as a way of smoothing over ethnic, religious and social divides in the vast west African country of 150 million people and over 250 tribal groups.

Since Yar'Adua, a Muslim, died before his first term was up, some argue another northern candidate should be chosen.