Kenayan jailed for trying to sell albino to Tanzanian witchdoctors

A Kenyan man has been sentenced to a total of 17 years in prison for trying to sell an albino man to witchdoctors in Tanzania, local media reported. 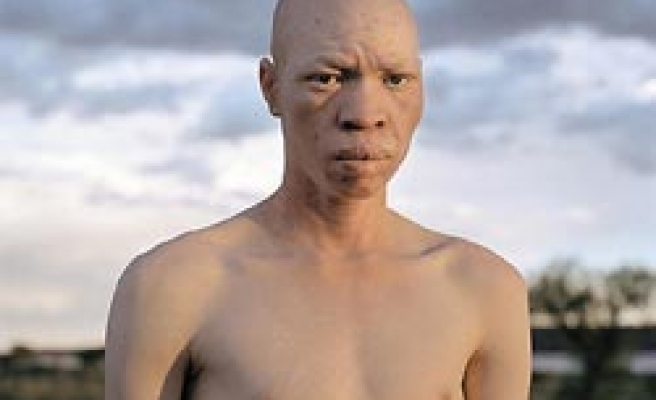 A Kenyan man has been sentenced to a total of 17 years in prison for trying to sell an albino man to witchdoctors in Tanzania, local media reported on Thursday.

A magistrate's court in northwest Tanzania sentenced 28-year old Nathan Mutei on Wednesday, after he pleaded guilty to charges of human trafficking and abduction with intention to sell an albino man, also Kenyan, for 400 million Tanzanian shillings ($263,000).

At least 53 albinos have been killed since 2007 in the east African nation and their body parts sold for use in witchcraft, especially in the remote northwest regions of Mwanza and Shinyanga, both gold-mining regions where superstition is rife.

Albino hunters kill their victims and use their blood and body parts for potions. Witchdoctors tell their clients that the body parts will bring them luck in love, life and business.

Albinos lack pigment in their skin, eyes and hair. There are around 170,000 albinos living in Tanzania.

"For the offence of human trafficking, you will go prison for nine years, or pay a fine of 80 million shillings. For the second offence, you will go to prison for eight years," Mwanza resident magistrate Angelous Rumisha was quoted as saying by the privately owned Mwananchi newspaper.

Mutei's sentences will run simultaneously for each count, meaning that he will spend only nine years in a Tanzanian prison after he failed to pay the fine.

Mwananchi reported that Mutei was arrested on Aug.16.

A Tanzanian albino group applauded the court's judgment, but called for tougher punishment for offenders.

"We are happy with the quick conclusion of the trial, because these cases have been dragging on for too long," Zihada Ali Msembo, secretary general of the Tanzania Albino Society, told Reuters.

"However, we feel that nine years in jail is such a lenient sentence. This man should have been sentenced to life in prison because he knew very well that this poor albino he was trying to sell would have been butchered," he said.

Tanzania is due to hold presidential and parliamentary elections in October. The Tanzania Albino Society fears there could be a new wave of albino killings in east Africa's second largest economy ahead of the vote.

It is common for some politicians to visit witchdoctors during elections in belief that their powers will boost their chances of victory.

"There is talk around the country that the entire albino population could be wiped out by the time the general election is over. We don't know whether or not to believe these stories, but albinos are now certainly living in fear," Msembo said.

Albino killings have soiled Tanzania's reputation for relative calm in the region, and have been condemned by the United Nations and European Union.

In neighbouring Burundi, at least 11 albinos have been killed since last year. So far 13 people have been convicted, including one who received a life sentence.