However, turnout appears headed for a record low of around 35 percent, tarnishing the credibility of an election that has deeply polarised east Africa's economic powerhouse. 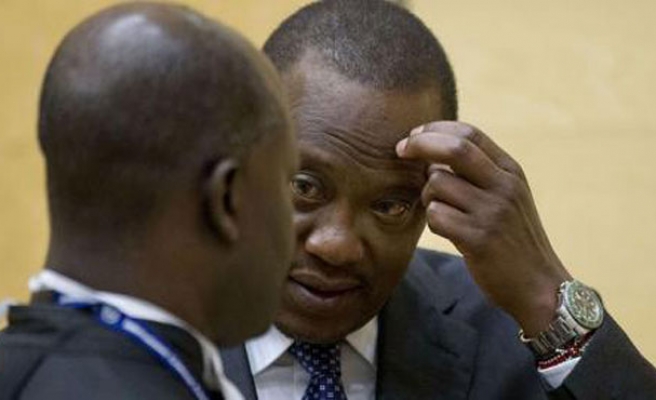 Kenya was stuck in a dangerous limbo Saturday as President Uhuru Kenyatta took an unassailable lead in a disputed poll that has sparked violent protests that have claimed nine lives.

Kenyatta was leading with over 90 percent of vote compared to less than one percent for his rival Raila Odinga, who boycotted the repeat election, according to a tally by the Daily Nation media group of unofficial results from most constituencies.

Violent protests have rocked Odinga's strongholds in the west of the country and flashpoint Nairobi slums, with the death of a man in Homa Bay on Friday taking the death toll since election day to nine. Scores have also been wounded, many by police bullets.

In Nairobi's poor Kawangware neighbourhood, members of Kenyatta's Kikuyu tribe stood over the blackened remains of their houses and shops after a night of clashes with Odinga supporters.

Both sides were armed with machetes, knives, clubs and rocks. Police said officers shot one man dead but residents claim others also died or were maimed in the clashes.

What started the violence is disputed, with each side blaming the other, but both acknowledge the ethnic logic of what followed.

"We were targeted because this is a Kikuyu place," said Geoffrey Mbithi, a 42-year-old hotelier whose three-room guesthouse is now a pile of bent and blackened corrugated tin sheets.

"This is about tribalism."

Politics in Kenya is divided along ethnic lines, and the Kikuyu -- the largest grouping -- have long been accused of holding a monopoly on power and resources.