Police said that 188 of those detained had since been released after being proved Kenyan citizens or legal residents. 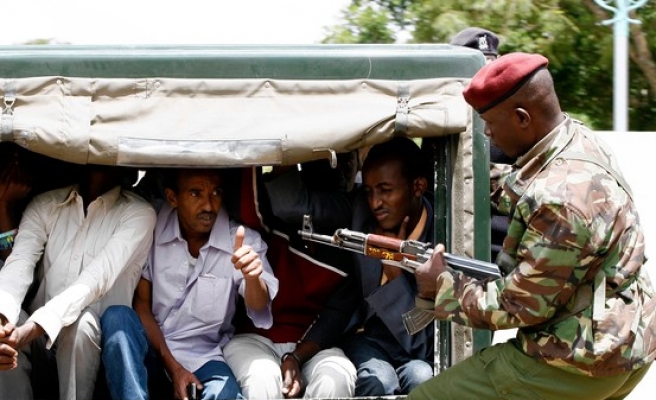 Kenyan authorities arrested some 660 suspects in the coastal city of Mombasa over the Easter holidays as part of an ongoing nationwide security operation.

He said that 188 of those arrested had since been released from custody.

"The [remaining] 472 people are set to appear before court," Kitur said in Swahili.

In an interview with Anadolu Agency, Kitur said that those who had been released had documents proving their Kenyan citizenship or were otherwise in the country legally.

He said that a G3 combat rifle had been found on two suspects that had approached a police roadblock near the Diani police station.

"These people were on a motorcycle," the police commander said. "They were coming towards one of our roadblocks [when] they panicked and dropped a G3 rifle, which had 11 rounds."

According to Kitur, the two suspects "dropped the gun and vanished into the darkness."

Following a recent spate of attacks in Nairobi and Mombasa, the authorities launched a wide-ranging operation ostensibly aimed at restoring public security.

The operation has seen thousands of people detained for screening, mostly thought to be Muslims from Nairobi's Eastleigh district, home to an estimated 50,000 Somali refugees.

The crackdown has been met with criticism by local Muslim clerics, political leaders and human rights activists, who say it discriminates against Muslims and people of Somali origin.

Police in the coastal region, meanwhile, have stepped up security near places of worship.

"It's not a job that only the police could handle. We collaborated with various leaders from mosques and churches in the area to ensure that we have maximum security," Kitur said.

"We will continue to safeguard churches and mosques in this area," he added.

In February, a church was set ablaze by rioting youth following a spate of arrests at a local mosque. Ensuing clashes between police and angry Muslims left two of the latter dead, along with a police officer.

Authorities said the two men had planned to blow up the vehicle in a crowded area of the coastal city.

Cosmopolitan Mombasa has an estimated population of 1.2 million, of which Muslims reportedly account for some 65 percent.