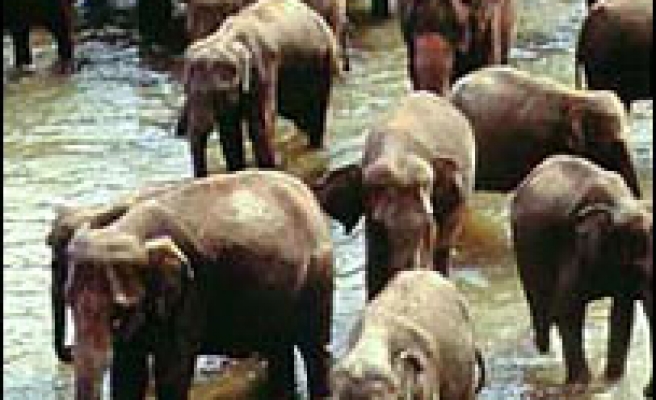 Scientists have discovered giant reservoirs of underground water hundreds of metres beneath the surface of Kenya's drought-prone north that could irrigate crops and head off tribal conflict over shortages, according to the Kenyan government and aid agencies.

Using satellite imagery, seismic technology normally used in the hunt for oil and gas and old-fashioned drilling, the U.N.'s scientific and cultural agency, UNESCO, and the Kenyan government identified five aquifers, two of which were explored.

"If we use the water sustainably, when it comes to water resources we become very secure," Judi Wakhungu, cabinet secretary for the environment, water and natural resources, told Reuters on Wednesday.

Further tests were needed to confirm the quantity and quality of water, she said. If well managed, the aquifers could supply large-scale irrigation schemes in the barren north and industry, as well as drinking water.

Aid agencies say groundwater is not a panacea for Africa's water shortages but it could form an important part of a strategy to cope with an anticipated sharp increase in demand for water as the continent's population grows.

Some studies estimate Africa's underground reserves are 100 times the amount on its surface. But tapping them requires more investment from governments.

"The importance now is to ensure that investment takes place to ensure it is developed for the well-being and development of communities in Turkana," said Brian McSorely of Oxfam in Kenya.

The underground water lies in the Lotikipi and Lodwar basins in Turkana County, one of Kenya's most neglected corners where charity organisations say many live on half the minimum daily water requirement of 20 litres.

Accessing the water may be difficult in the remote region plagued by banditry and cattle raids between rival tribes that have grown increasingly deadly as automatic rifles flood northern Kenya from neighbouring South Sudan and Somalia.

"The potential is great in terms of alleviating any possibility of water-based conflict and also, equally importantly, in terms of economic development and livelihoods," said Gretchen Kalonji, UNESCO's assistant director general for scientific studies.