It seeks to promote a better understanding of the Muslim faith as well as advance understanding and propagation of Islam to Muslims and non-Muslims in Kenya and internationally. 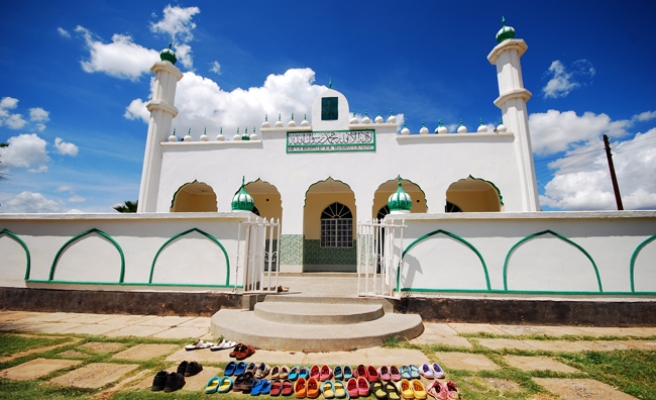 Hundreds of Muslims and non-Muslims attended on Saturday the opening of the first international Muslim conference to be hosted by Nairobi, with religious tolerance dominating the discussions.

"Our major topic throughout the two-day conference will be living as a minority in harmony, tolerance and peace, especially in Kenya," Said Rageh, the conference organizer and the founder of the Toronto-based Journey of Faith, told Anadolu Agency.

"In light of the recent unfortunate events at the Westgate it is an opportunity, especially to the youth, to portray the correct Islamic ethos of peace, tolerant and harmonious religion," he added.

Organized at the Kenyatta International Convention Center, the conference organizers hope to attract over 4000 participants.

It seeks to promote a better understanding of the Muslim faith as well as advance understanding and propagation of Islam to Muslims and non-Muslims in Kenya and internationally.

It also strives to promote discourse through means of political representation, dialogue and interaction.

The conference comes at a time when the East African country finds itself divided alongside sectarian lines over an ongoing security operation.

Following a recent spate of attacks in Nairobi and Mombasa, the authorities launched a wide-ranging operation ostensibly aimed at restoring public security.

The operation has seen thousands of people detained for screening, mostly thought to be Muslims from Nairobi's Eastleigh district, home to an estimated 50,000 Somali refugees.

The crackdown has been met with criticism by local Muslim clerics, political leaders and human rights activists, who say it discriminates against Muslims and people of Somali origin.

Among those who attended the first day of the conference were several prominent Kenyan Muslim politicians including Aden Dualle, the majority leader in the Kenyan Parliament, Senator Billow Kerrow and MP Yusuf Hassan, who lost his limbs last year after a grenade attack in Eastleigh.

Dualle said that the war on terror has created negative misperceptions about Muslims in the country.

"This assumption should come to a stop," the top lawmaker told AA on the sidelines of the conference.

"I am glad that this conference is offering such a forum to let the non-Muslims get the true picture of Islam," he said.

"Islam means peace and being Muslim or wearing a qamis [traditional Muslim dress] has nothing to do with terrorism," asserted Dualle.

An anti-terror bill is currently pending in parliament amidst opposition by Muslim leaders and human rights activists that it targets one community.

Islam was first introduced to the Coast of Kenya as early as 9 A.D by Arab immigrants who had arrived at the shores, mostly as traders.

Later, Islam was spread into the interior of the country by Omani and Yemeni Arabs, Indian and Swahili civil servants and traders.

The Coast region - home to Kenyan Arabs and Swahili - and the North Eastern Province - whose indigenous inhabitants are Kenyan Somalis- are the two regions with more than 90 percent of the Muslim population.

The 2009 consensus put the number of Kenyan Muslims at 4.4 million out of a total population of 38.6 million.

But the figures are contested, with Muslims saying the number of Kenyan Somalis alone totals 4 million.