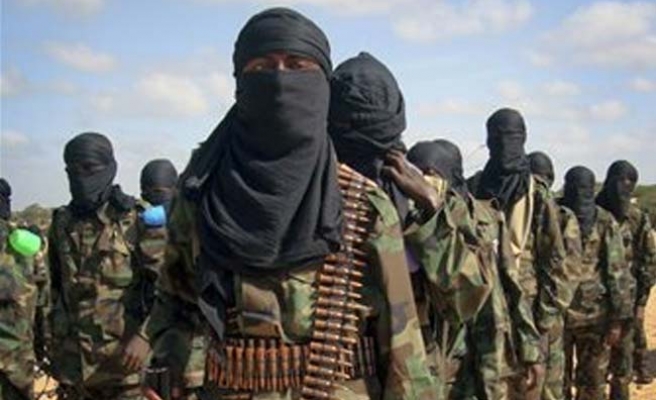 World Bulletin / News Desk
Kenyan police on Thursday announced that it would offer a reward of  5 million shillings (around $48,000) for anyone with information that would lead to the arrest of two top Kenyan leaders of Al-Shabaab militant group.

Police spokesman Masoud Mwinyi said that Mohamed Mohamud, aka Dulyadin, and Ahmed Iman, aka Abu Zinira al-Kenyi, have been identified as the top Kenyan Al-Shabaab members.

"Anybody who spots them or has information about them should let the authorities know. They are armed and dangerous people and have been behind a series of attacks in Kenya," Mwinyi told The Anadolu Agency.

Mohamud is said to be the top commander of Al-Shabaab in the Gedo region of Somalia. He hails from the northeastern Kenyan town of Garissa.

Iman, meanwhile, is an engineering graduate from the Majengo slums in Nairobi, a major recruiting point for the Somali militant group, according to a UN report

It is estimated that up to 500 Kenyan youths fight alongside the Al-Qaeda-linked group.

Kenya has been hit by a spate of recent attacks that the authorities blame on Somalia's militant Al-Shabaab group, which demands that Nairobi withdraw its troops – first dispatched in 2011 – from Somalia.