Authorities urged the Muslim community to remain calm after Sheikh Mohammed Idris was killed on Tuesday. 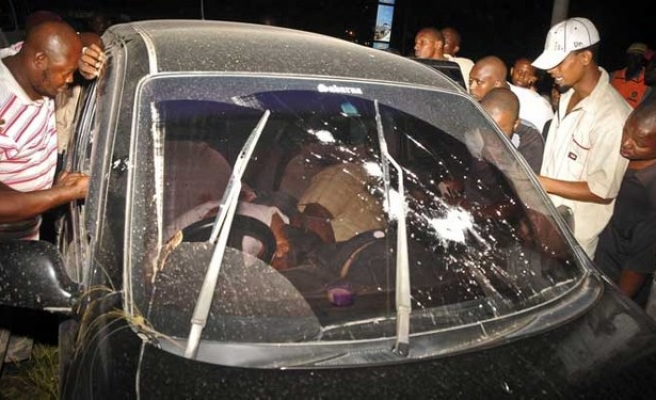 Unknown assailants gunned down on Tuesday Sheikh Mohammed Idris, the Chairman of the Council of Imams and Preachers of Kenya.

"I send my condolences to his family and the members of the Muslim community," Mombasa county Commissioner Nelson Marwa told reporters.

He confirmed that the top imam, who was also the former head of Masjid Sakina in Mombasa, was killed at around 4am.

"We have started investigations. We have mounted operations based on suspicious characters," Marwa said.

"The culprits must be brought to book before the day ends," he insisted.

The Commissioner urged Muslim community leaders and Mombasa residents to be calm.

Mbona Hamisi, the muezzin of Manyatta Mosque in Mombasa, explained how it all happened.

"At around 4am while I was preparing myself for morning prayers, I heard gunshots," he told Anadolu Agency.

"When I got out, I found out that Mohammed Idrisi was the one who had been shot," he added.

"While taking him to hospital I could see that he was shot three times in the stomach," Hamisi said. "He was still alive, but he died on the way."

Ahmed Kassim, a Muslim cleric at the coast, asked members of the Muslim community to come together and support the family of the slain leader.

"This is a blow to us. Muslims at the coast have lost a very great leader," he told reporters.

"He united both Muslims and Christians here in Mombasa," added Kassim.

"I ask everyone to come together at this trying moment. This is no time to fight, let the police handle this issue," he said.