Stateless people in Kenya include Nubians from Sudan, the Makonde from Mozambique and the Wapemba from Zanzibar. 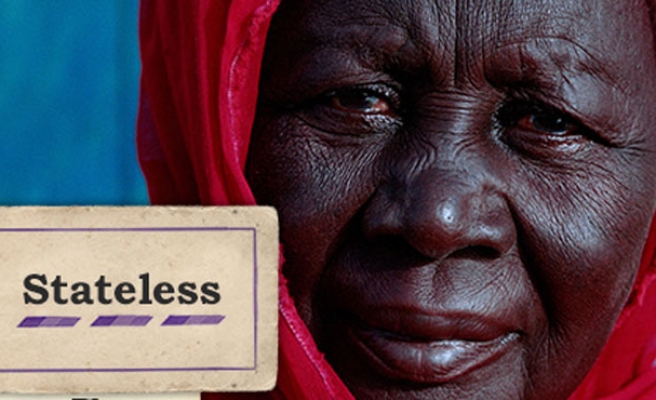 The Kenyan government will by March 2015 grant citizenship to at least 3,000 stateless people under a recent decree issued by President Uhuru Kenyatta.

Registration of Makonde tribesmen, who originate from Mozambique, along with Pemba tribesmen from Zanzibar, officially began on Thursday in the coastal county of Kwale near the Kenya-Tanzania border.

"I am a happy man today. I have been liberated from slavery into freedom. Living without a national identity card is living as a slave," Thomas Dwamkuu Nguli, a 55-year-old Makonde tribesman, told.

Mswambweni Subcounty Assistant Commissioner Charles Ocharo told that local authorities planned to register members of the Makonde and Pemba tribes – in Kinondo, Kanana, Vanga and Lunga Lunga – over the next 15 days.

"We are making sure they are thoroughly vetted. We are on the border Tanzania, and some who are not from the two communities may try to take advantage of the exercise," Ocharo said.

Nguli, like many other tribesmen his age, was born in Kenya. His parents were brought from Mozambique as indentured laborers for the British colonial administration – mainly to work on sugarcane and sisal plantations in Kwale, Taita Taveta and Kilifi counties on Kenya's coast.

But when Kenya won its independence in 1963, the Makonde – unlike the Asians and Somalis from British Somaliland – were denied citizenship, depriving them of basic needs like education, health services and social security.

"To be Makonde in Kenya is to be barred from everything one needs," Nguli, who has led calls to recognize the Makonde as Kenyans, said.

"You cannot get a job at a private office or with the government. Our children cannot go to school as they have no birth certificates," he lamented.

"Our youth and women cannot get loans to develop any small project they may have. We have no rights," he asserted.

Nguli added: "Even if I get 600 or 700 shillings for doing some odd job, where can I save it, since you can't open a bank account without an identity card?"

"Our people have been frustrated for more than 50 years," he said. "They are able to work, but who will employ them?"

"Unfortunately, some have resorted to drowning their problems in alcohol since they cannot save the money they earn," Nguli said.

Last year, an attempt by the Mozambique government to allow the Makonde to register to vote was thwarted after community leaders chased away a Mozambique embassy delegation, saying they were not Mozambican nationals.

"Our origin may be Mozambique, but we were born in Kenya. I am Kenyan. I have never been to Mozambique. I do not speak Portuguese," said Fostina Mwilu, a 48-year-old Makonde woman.

There are an estimated 10 million stateless people worldwide, but no statistics exists in this regard for Kenya in particular.

Stateless people in Kenya include Nubians from Sudan, the Makonde from Mozambique and the Wapemba from Zanzibar.

In the past, Kenya has faced pressure from the UN High Commission for Refugees to register its stateless population.