Kenya to keep troops in Somalia

Kenyan President Uhuru Kenyatta said he would not be bullied into withdrawing his soldiers, who are part of an African peacekeeping force. 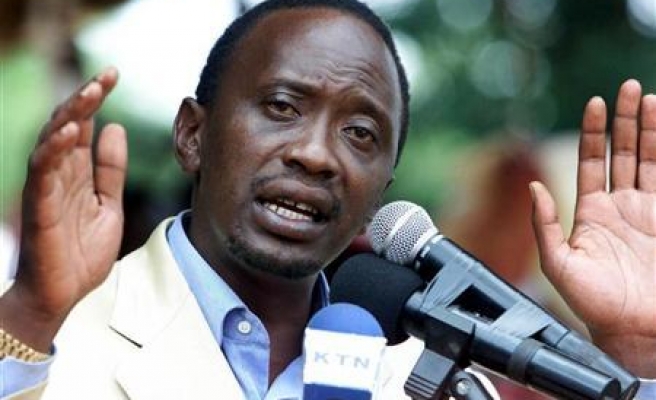 Kenya's president told Somalia on Tuesday to "put their house in order," in a sign of frustration at the festering instability in the neighbouring country after members of a Somalian group attacked and killed dozens at a Nairobi shopping mall.

Al Shabaab group said it raided the Westgate mall, killing at least 67 people in a four-day siege, in revenge for Kenya's military campaign against its fighters inside Somalia.

Al-Shabaab repeated its warnings to Kenya on Tuesday of new attacks if it did not pull troops from Somalia.

The mall attack bore out widespread fears that Somalia, whose cash-strapped government exerts little control beyond the capital Mogadishu, remained a training ground for militant Islam and a launching pad for attacks beyond its borders.

Kenyan President Uhuru Kenyatta said he would not be bullied into withdrawing his soldiers, who are part of an African peacekeeping force.

He also took aim at the Somali government, which a source close to the Kenyan presidency said had also recently called for Kenyan troops to leave before withdrawing the demand under pressure from regional leaders.

"If their desire is for Kenya to pull out of Somalia, my friends, all they need to do is what they should have done 20 years ago, which is put their house in order," Kenyatta told religious leaders at a multi-faith prayer meeting.

Mogadishu, in turn, has been angered by Kenya's perceived close relationship with a former warlord now in control of Somalia's southernmost region, which borders Kenya.

There was no immediate reaction from the Somali government.

But al Shabaab said in a statement that if the Kenyan government's decision was to keep its forces in Somalia, it was an indication that it hadn't yet learned "any valuable lessons" from the Westgate attack.

The group promised even more insecurity, bloodshed and destruction in Kenya.

"If Kenya's political leaders are still persistent in their quest to occupy our Muslim lands and carry out heinous atrocities against our people, then let them know that Kenyans will never find peace and stability in their country."

Kenyatta said his country had only deployed forces there after tourists and foreign aid workers were targeted in a string of kidnappings on Kenyan soil.

"Let me remind them that it is they who, having had enough of killing themselves in their own country, decided to come and interfere in Kenya," Kenyatta said. "We did not go there. They came here."

"I want to be categorically clear: We will stay there until they bring order in their nation," he added.

Somalia's ambassador to Kenya told Reuters on Friday his country's security agencies were working closely with Nairobi after the mall attack.