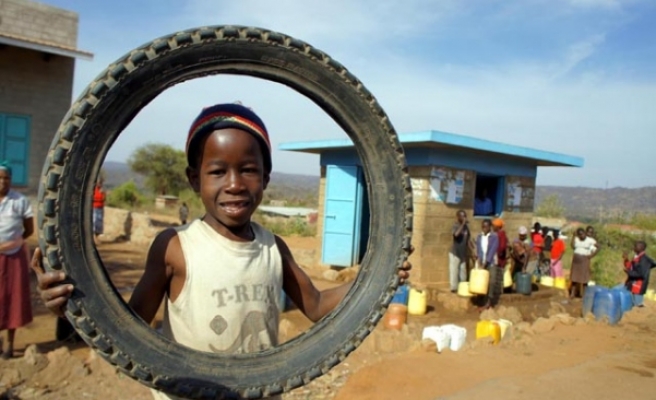 A prominent Kenyan civil society activist has filed a case in the Nairobi High Court, seeking to stop the government from officially allowing a Chinese Company to construct a major multi-billion-dollar railway.

The case will be brought up in front of the court on February 21, with the hope of referring it to Kenya’s Chief Justice to appoint five judges to hear it.

In an exclusive interview with an Anadolu Agency correspondent in Nairobi, shortly after filing the case, the activist Okiah Omtata said he wants construction of the 609-kilometre railway to be stopped because, as he put it: "The Chinese contractor was single-sourced – a decision that is against the law."

Omtatah has listed several grounds to argue his case: “The Kenyan government did not issue a tender. It picked the Chinese company which was in January 2009 blacklisted and banned from undertaking future contracts by the World Bank for alleged corrupt deals derived from bid-rigging in the Philippines.”

In the second ground for his case, Omtatah contends that there was no independent evaluation of the railway and that the Chinese company that was contracted is the same one that carried out feasibility study of the project.

Omtatah pointed out in his third ground fro the case, that the company does not specialize on railway construction but specifically constructs roads and bridges.

The filing of the case by Omtatah comes less than two weeks after Kenyan President, Uhuru Kenyatta announced that the railway will be constructed as planned, brushing aside a torrent of criticism from some members of parliament over his government’s decision to award the rail tender to the Chinese company.

Addressing local and international journalists at his official residence in the capital Nairobi last month, Kenyatta cautioned Kenyans not to fall prey to what he described as 'machinations of commercial interest groups' that may have not won the project tender, thereby sparking unnecessary conflicts.

The railway, according to Kenyan authorities, is expected to be completed in 2016 and will link the country’s Indian Ocean coastal port city of Mombasa with neighbouring landlocked Uganda.

Later the railway will be extended to the equally landlocked Rwanda and South Sudan.