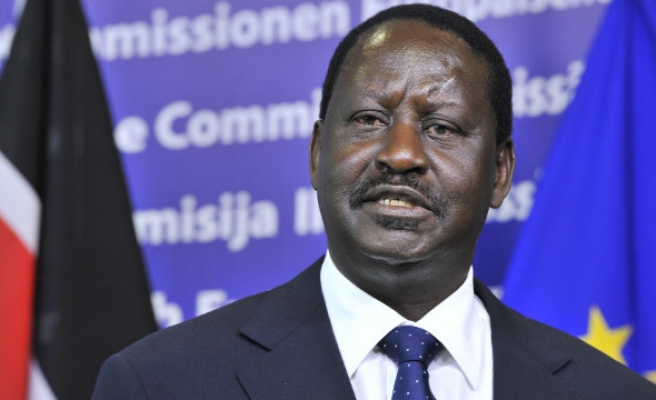 Odinga, who pulled out of last Thursday’s presidential re-run, said: “The whole world witnessed that there was no election. The international media has called it ‘a charade, a sham, preposterously flawed, a historic mistake,’ among other things.”

The repeat polls were held after the top court annulled the Aug. 8 presidential elections in which President Uhuru Kenyatta was announced the winner.

Kenyatta also won the repeat polls on Monday which Odinga had boycotted. He led with more than 7 million votes. Odinga, the former prime minister, gained 70,000 votes despite the boycott.

In his speech Odinga said that the elections should be annulled.

“If allowed to stand, it will make a complete mockery of elections and might well be the end of the ballot as a means of instituting a government in Kenya. It will completely destroy public confidence in the vote,” he said.

Odinga announced he will form a “people’s assembly” consisting of elected leaders, civil society representatives and business-people who will restore democracy and the rule of law in the country.

“If there is no justice for the people, let there be no peace for the government,” Odinga added.