Nearly 90 elite athletes, plus tens of thousands of people ran for children in world's only transcontinental race 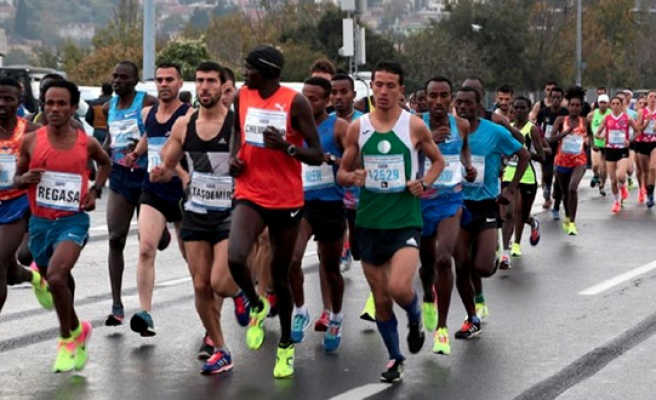 Kenyan athletes dominated the 39th Vodafone Istanbul Marathon on Sunday in which tens of thousands of people from around the world ran from Asia to Europe.

Kenyan Visiline Jepkesho came second in the women's category, covering the distance four seconds later. She was followed by Ethiopian Letebrhan Haylay who finished in 2 hours, 25 minutes and 14 seconds.

The race had four other categories aside from the marathon including 15km (9.3-mile), 10km (6.2-mile) and 8km (4.97-mile) events plus a race for wheelchair-bound participants.

The starting point of the marathon was the Asian side of Istanbul’s July 15 Martyrs’ Bridge, formerly known as the Bosphorus Bridge. It ended at the historic Sultanahmet Square on the city’s European side.

This year’s theme was: "We are running for the future of our children."

The total prize money for the race was $1 million.

Vodafone was the main sponsor of the race organized by Istanbul Metropolitan Municipality and Spor Istanbul.