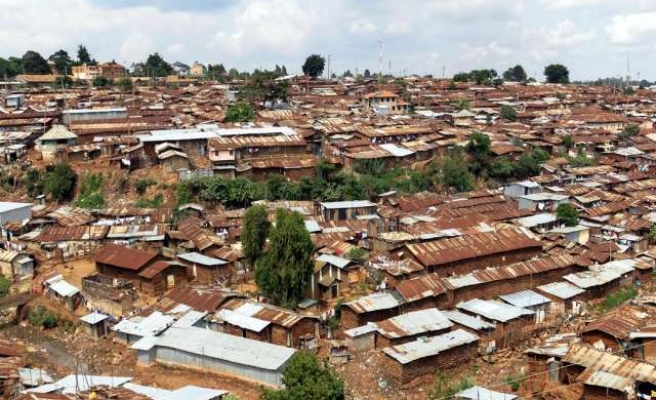 Hundreds of Kenyans on Tuesday demonstrated outside President Uhuru Kenyatta's office in Nairobi to protest what they describe as the government's failure to contain growing insecurity.

"We are tired of statements that do not lead anywhere. We want to make a difference," Reson Sindiyo, a prominent activist who attended the protest, told The Anadolu Agency.

"We want to be heard by our government, to listen to what the wananchi ['the public' in Swahili] is saying. We are here because we are tired," said Sindiyo.

Livingstone Ngugi, chairperson of the Kenya Youth Patriot, an NGO, pleaded with the government to step up security in areas prone to Al-Shabaab attacks, the latest of which left 28 people dead in the northeastern town of Mandera on Saturday.

"The government is doing much, but not enough. And we need to know two things: that security is everyone's responsibility and… we are fighting a bigger enemy," Ngugi said. "And everyone should be involved in it."

However, there was also a counter-demonstration by government supporters.

Brian Omondi, who took part in the pro-government rally, said the cabinet was already doing its utmost to battle terrorists.

"I am here to support the government concerning security. I am supporting the government. What I would like to tell the government: they should tighten up the security system," Omondi told AA.

Reacting to the protests, a spokesman for Kenya's Interior Ministry, Mwenda Njoka, told AA: "The constitution gives the people of Kenya the right and freedom to demonstrate on a variety of issues. We are happy that the protests ended peacefully."

Commenting on protestors' demands for the resignation of top security officials Kimaiyo and Lenku, Njoka said: "The problem we have in the security sector is much deeper than the two individuals that protestors want to resign. Their resignation will not change anything."

Saturday's attack, which prompted the protests, saw militants ambush a bus in Mandera County near the Kenya-Somali border and force passengers to disembark. The militants then separated Muslim passengers from non-Muslims before opening fire on the latter at close range, killing 28 people.

Most of those killed were young teachers returning home for Christmas vacation.

Al-Shabaab later claimed responsibility for the attack, saying it was in retaliation for the arrest of dozens of Muslim youths and the government's closure of three mosques in the coastal city of Mombasa following the seizure of an assortment of weapons and literature.