The council had suspended Egypt two days after the military moved to oust Morsi on July 3, 2013, following mass protests against his government. 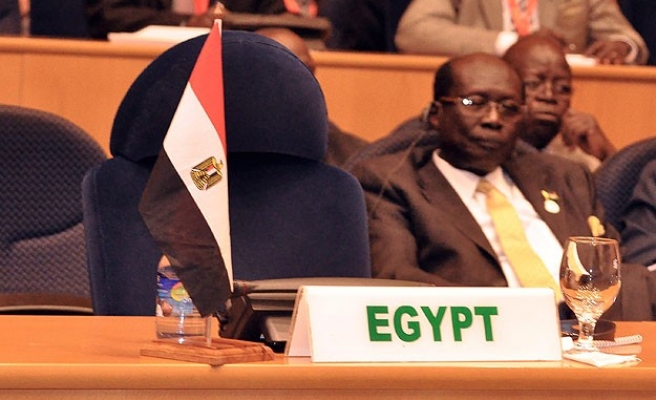 Kuwait's Ambassador in Addis Ababa on Thursday said that his country made efforts to ensure that a suspension of Egypt's African Union (A.U.) activities would be reserved.

"The efforts Kuwait makes to ensure that this suspension is lifted boil down to Egypt's importance and its role in the pan-African body, Rashed Faleh al-Hajri told Anadolu Agency.

He added that he received the members of a high-level panel formed by the African Union under the chairmanship of former Malian president Alpha Oumar Konare to assess the situation in Egypt in the wake of the ouster of elected president Mohamed Morsi last year by the army.

The Kuwaiti diplomat said the members of the panel had assured him that Egypt's suspension would be reserved and that its report, that would be referred later to the A.U. Peace and Security Council, about Egypt would be positive.

The council had suspended Egypt two days after the military moved to oust Morsi on July 3, 2013, following mass protests against his government.

The body is expected to confer over the developments in the country where a new president was elected and an amended version of the 2012 constitution was adopted through a public referendum.

Al-Hajri said the Kuwaiti Foreign Ministry had contacted African ministers, including the Ethiopian foreign minister, and also sent letters to the members of the Peace and Security Council with the aim of convincing them of the importance to bring Egypt back to the African fold.