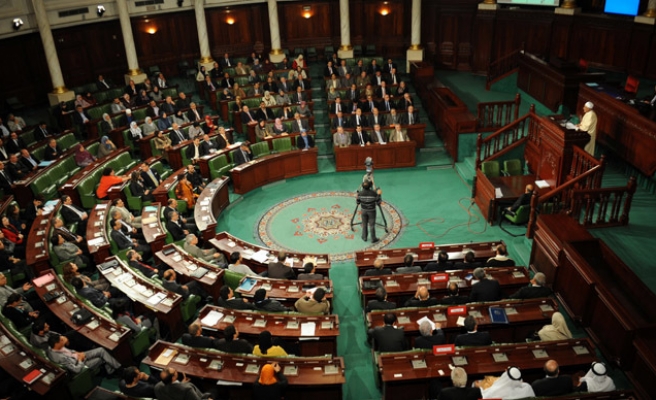 Libya's internationally recognised parliament was unable to hold a vote of confidence in the UN-backed unity government Tuesday because it lacked a quorum, amid concerns over increasing extremist expansion.

"The required quorum (89 members of parliament) was not reached, so the president of the chamber adjourned the session," MP Mohamed al-Abbani said.

Another parliamentarian, Ali Al-Qaidi, confirmed that "the necessary quorum was not reached, and the session for the vote was adjourned until next week".

Qaidi said there were differences between MPs on the proposed new government's programme.

Another member, Khalifa al-Daghari, spoke of disagreements over the order of the day, with some MPs also wanting to vote on the political agreement reached in December in Morocco on the 2011 constitution before holding the vote of confidence.

Oil-rich Libya has had rival administrations since the summer of 2014 when the recognised government fled Tripoli after an armed alliance overran the capital.

That alliance has established its own administration and parliament called the General National Congress, while the internationally recognised legislature is based in the eastern city of Tobruk.

The recognised parliament had wrapped up debate on Monday on the line-up and policies of the new government.

The United Nations has been pushing both sides to back a unity government.

A Presidential Council, born of an agreement in December under UN auspices between representatives of the rival parliaments, last week put forward a unity government of 18 members.

A previous cabinet line-up of 32 ministers proposed by premier-designate Fayez al-Sarraj was rejected by the Tobruk parliament as being too large.

The United Nations Libya envoy took to Twitter early Tuesday to push for the vote of confidence to be held.

He wrote that House of Representatives endorsement of the unity government "in its entirety is crucial. Fate of #Libya is at stake. National interest should override any other."

In addition to having rival administrations born of the chaos following the 2011 revolution that ousted Moamer Kadhafi, oil-rich Libya also has a growing problem caused by the ISIL group.

Western governments concerned over the extremist IS establishing a bridgehead on the coast just 300 kilometres (185 miles) from Europe have said they are ready to help restore security to Libya as long as it has a unity government.

On Friday, US warplanes flying from a Royal Air Force base in Britain attacked an IS training camp in the western city of Sabratha, killing more than 40 people including two Serbian diplomats being held hostage.

Since the revolution in Libya five years ago, it has also expanded as a base for people-smugglers dealing in live cargo paying for the privilege of a perilous sea journey to Europe which they may not even survive.