The soldiers were part of a contingent from Chad, said a U.N. official who asked not to be named. 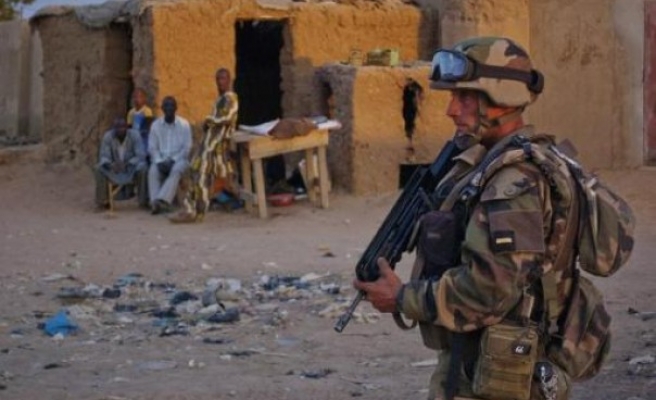 Four United Nations soldiers were killed on Tuesday and another 15 were wounded when the convoy they were traveling in struck a landmine in northern Mali, a spokesman for the country's U.N. peacekeeping mission said.

The contingent had left a U.N. base in the town of Aguelhok and were traveling south when the incident occurred at around noon local time (1200 GMT), some 30 km (19 miles) north of Kidal, the spokesman said.

He had earlier said the convoy was travelling north from Kidal when it struck the mine.

"The toll is four dead and 15 wounded, including six very seriously," Olivier Salgado told Reuters. "This is only a provisional toll because we do not know what will happen with six of the very seriously wounded."

Salgado said the mission, known by its acronym MINUSMA, was investigating the incident but could not immediately say who was responsible for the attack.

The soldiers were part of a contingent from Chad, said a U.N. official who asked not to be named.

"The Secretary-General condemns this incident which is the latest in a series of attacks against U.N. personnel and contractors in the Kidal Region in the past week," the U.N. statement said.

"These attacks will not alter the determination of the United Nations to support the Malian people in their search for peace," it added.

Tuesday's incident occurred amid a rise in violence against U.N. personnel and vehicles in and around Aguelhok. Thirteen rockets have been fired at the town's U.N. base alone over the past week though those attacks had not resulted in any deaths or injuries, Salgado said.

"I am outraged by such a surge in violence against peace soldiers," MINUSMA head Albert Koenders said in a statement. "A peace process is under way, some people want to compromise it. This is totally unacceptable and irresponsible."

Negotiations between government representatives and the Tuareg groups resumed in Algeria's capital Algiers this week.

Malian Foreign Minister Abdoulaye Diop said on Monday that the government hoped to clinch a preliminary peace deal with the separatists within eight weeks.

Mali's northern desert region - called Azawad by the Tuareg rebels - has risen up four times in the last 50 years, with various groups fighting for independence or self-rule.