Leader of Mali coup charged with conspiracy to murder 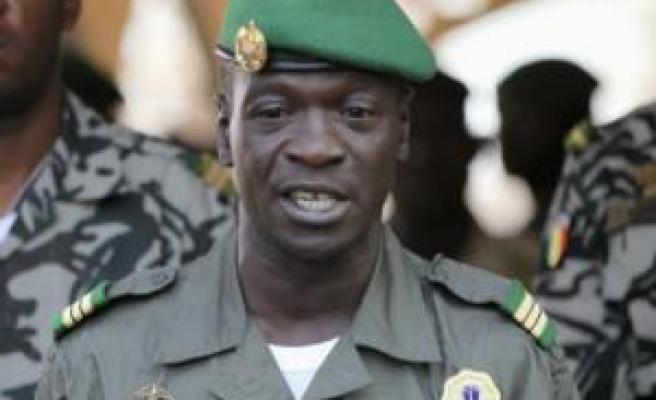 Malian authorities have changed the indictment against former military coup leader General Amadou Sanogo to a more serious charge of conspiracy to murder which carries the death penalty in the West African nation, his lawyer said Thursday.

Sanogo was arrested and charged with complicity in kidnapping in November over the disappearance during the 2012 coup of dozens of paratroopers loyal to toppled President Amadou Toumani Toure.

But in recent months the investigation has led to some 30 bodies being dug from mass graves around the former junta headquarters in Kati, about 20 km (15 miles) north of the capital Bamako.

"There has been a change in the indictment. Now he is charged with complicity to commit murder," Harouna Toureh told Reuters, noting that the charge carried the death penalty if found guilty.

The lawyer also said the discovery of the bodies was the reason behind the change in Sanogo's indictment.

Sanogo led the March 2012 coup that plunged Mali into chaos following a Tuareg rebellion and a later occupation of the north of the country by militants.

The case against Sanogo and several other soldiers is part of efforts by President Ibrahim Boubacar Keita to assert civilian control over the Malian army, accused by human rights groups of excessive violence and torture during the chaotic period.

General Yamoussa Camara, a former defence minister during the military rule, and three other senior junta officials were arrested in February in connection with the investigation.