Johnson Sirleaf appealed to Obama to build and operate at least one Ebola treatment unit in the capital Monrovia, saying that U.S. civilian and military teams had experience in dealing with biological hazards. 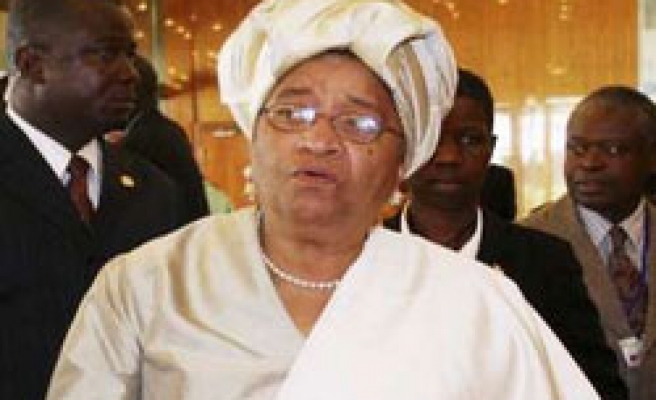 Liberian President Ellen Johnson Sirleaf has appealed to U.S. President Barack Obama for urgent aid in tackling the worst recorded outbreak of the deadly Ebola virus, saying that without it her country would lose the fight against the disease.

The outbreak, which was first discovered in March, has now killed more than 2,400 people mostly in Liberia, neighbouring Guinea and Sierra Leone, as understaffed and poorly resourced West African healthcare systems have been overrun.

The World Health Organization (WHO) has warned that the epidemic is spreading exponentially in Liberia, where more than half of the deaths have been recorded. It has said that thousands are at risk of contagion in the coming weeks.

Medical charity Medecins Sans Frontieres (MSF) has set up several treatment centres in the affected countries but has also repeatedly warned it has reached the limits of its capacity and appealed for foreign governments to intervene.

In a letter dated September 9 seen by Reuters, Johnson Sirleaf appealed to Obama to build and operate at least one Ebola treatment unit in the capital Monrovia, saying that U.S. civilian and military teams had experience in dealing with biological hazards.

With the Liberian government due to open a 100-bed treatment centre and MSF scaling up its Ebola facility in Monrovia to 400 beds, Johnson Sirleaf said there was still a shortfall of 1,000 beds in the capital as well as a need for 10 new centres in the rest of the country.

"Without more direct help from your government, we will lose this battle against Ebola," Johnson Sirleaf, who won the Nobel Peace Prize for her work on women's rights, wrote to Obama.

The U.S. government has committed around $100 million to tackle the outbreak by providing protective equipment for healthcare workers, food, water, medical and hygiene equipment.

The U.S. military said this week it would build a 25-bed field hospital in Liberia to care for infected health workers but it would hand this to Liberians to run.

On Friday, the U.S. Ambassador to Liberia Deborah Malac said Washington would train security forces in isolation operations, after a boy was shot dead last month when Liberian soldiers opened fire on a crowd protesting at a quarantine in a Monrovia neighbourhood.

Liberian officials have called the outbreak the greatest threat to national stability since a 1989-2003 civil war, which killed nearly 250,000 people. Many ordinary people in Liberia, a nation founded by descendants of freed American slaves, look for help to the United States.

Cuba on Friday announced that it would deploy 165 medical personnel to Sierra Leone next month, the largest contingent of foreign doctors and nurses committed so far.

Johnson Sirleaf said that Ebola treatment centres were full and were being forced to turn away the sick.

"We are sending them home where they are a risk to their families and the communities. I am being honest with you when I say that at this rate, we will never break the transmission chain and the virus will overwhelm us," she wrote.

"Only governments like yours have the resources and assets to deploy at the pace required to arrest the spread," Johnson Sirleaf wrote to Obama, a fellow Nobel Peace Prize laureate.

In a country with large numbers of unemployed former child soldiers, Johnson Sirleaf said the outbreak threatened civil order. With healthcare workers staying away from work, after dozens of their colleagues contracted the virus, citizens were also dying of other, treatable illnesses, she said.

Johnson Sirleaf asked the United States to assist in restoring services in at least 10 non-Ebola hospitals. Liberia also asked for U.S. help in establishing an air bridge to transport personnel and equipment after all but two private airlines have cancelled their flights.