Libya authorises use of force against N. Korea tanker 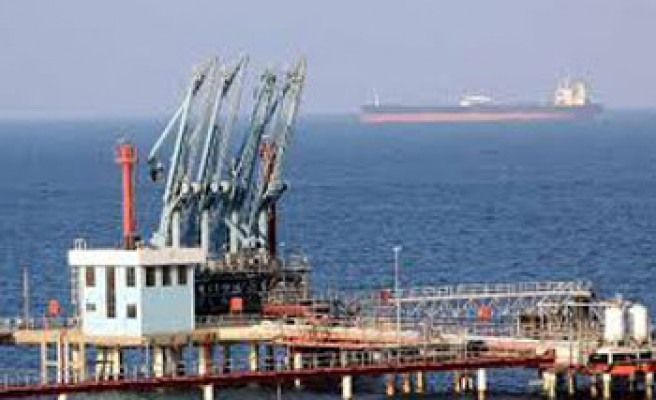 Libya's defence ministry has issued orders to its military authorising the use of force to stop a North Korea-flagged tanker loading crude oil sold by armed rebels seeking to bypass the Tripoli government, state media said on Sunday.

The rebels, who have seized three major Libyan ports since August to press demands for a greater share of oil revenues and political autonomy, received the tanker on Saturday at the Es Sider port in the volatile east.

The docking and loading of crude escalates a seven-month blockade of key oil ports and is just one facet of deepening turmoil in the OPEC producer, which is struggling to control militias that helped oust Muammar Gaddafi in 2011 but kept their weapons and now challenge state authority.

Prime Minister Ali Zeidan said on Saturday Libya would bomb the 37,000-tonne tanker if it tried to exit the port, one of Libya's biggest oil export terminals.

State news agency LANA said on Sunday the defence ministry had issued orders to the military and warned the tanker's owner.

"The defence ministry issued orders to the chief of staff, air force and navy to take care of this tanker which entered Libyan waters without official permission," LANA said.

"The order authorises the use of force and puts the responsibility of any damages resulting from this on the ship owner," it said.

Spokesmen for both the state-run National Oil Corp (NOC) and the protesters said the tanker was still docked at the port. Local newspaper al-Wasat said the tanker had loaded $36 million of crude.

A Reuters reporter who visited Es Sider on Saturday evening said there was only a small force at the gate consisting of around ten cars. The guards had orders not to let staff out until the loading was complete, one of them said.

The rebels are led by former anti-Gaddafi commander Ibrahim Jathran, who used to be in charge of a brigade paid by the state to protect petroleum facilities but turned against the government and seized the port and two others in the east with thousands of his men in August.

Tripoli has held indirect talks with Jathran, but his demand for a greater share of oil revenues for the eastern region, which it had under Gaddafi's predecessor King Idris, is sensitive because the government worries this might lead to secession.

In January, the Libyan navy fired on a Maltese-flagged tanker that it said tried to load oil from the protesters in Es Sider, successfully chasing it away.

It is very unusual for an oil tanker flagged in secretive North Korea to operate in the Mediterranean, shipping sources said. NOC says the tanker is owned by a Saudi company. It changed ownership in the past few weeks and previously been called Gulf Glory, according to a shipping source.

Libya's government has tried to end a wave of protests at oil ports and fields that have slashed oil output to 230,000 barrels per day (bpd) from 1.4 million bpd in July.

Western powers worry Libya will slide into deeper instability or even break apart.

Western powers worry Libya will slide into deeper instability or even break apart as the government, paralysed by political battles in parliament, struggles to assert control of a vast country awash with arms and militias.

At a Libya conference this week in Rome, Western countries voiced concern that tensions in Libya could slip out of control in the absence of a functioning political system, and urged the government and rival factions to start talking.

U.S. Ambassador to Libya Deborah Jones said in a series of tweets on Saturday that the only parties authorized to sell Libya's oil are the National Oil Corp and its subsidiaries and partners.

"Any purchase of oil within Libya from anyone other than those entities amounts to theft from the Libyan people," she said, adding that companies that engage in illicit trade with separatist groups in Libya risk liability in multiple jurisdictions.

Libya's government has tried to end a wave of protests at oil ports and fields across the vast desert state that have slashed oil output, the country's lifeline, to 230,000 barrels per day (bpd), from 1.4 million bpd in July.

Tripoli has held indirect talks with Jathran, who seized the port, but his demand for a greater share of oil revenues for the east, like the region had under Gaddafi's predecessor King Idris, is sensitive for a government that worries this might lead to secession.

Jathran has teamed up with another set of protesters blocking oil exports at the 110,000-bpd Hariga port in Tobruk, also located in the east.

Libya's defence minister held talks this week with protesters blocking the 340,000-bpd El Sharara oilfield in the south but there is no word on whether it will reopen soon.

The protesters, from a tribal minority, want national identity cards and a local council, demands the minister has promised to study.