Libya has freed an Israeli held by its security services for five months, as part of a secret Austrian-mediated deal involving aid for the besieged-Gaza Strip. 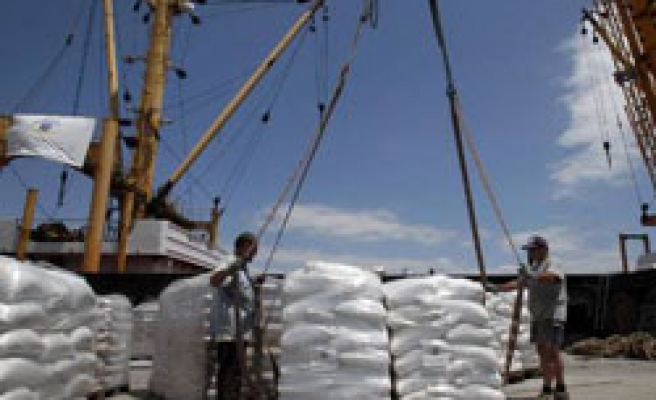 Libya has freed an Israeli held by its security services for five months, as part of a secret Austrian-mediated deal involving aid for the besieged-Gaza Strip, an Israeli official said on Monday.

Israel Radio said Rafael Hadad was detained as a suspected spy in March after travelling to Libya on a Tunisian passport -- his second travel document.

Hadad, 34, flew to Vienna on Sunday night and was met by Israeli Foreign Minister Avigdor Lieberman, who had negotiated his release through Martin Schlaff, an Austrian businessman known to the Libyan leadership, the official, speaking on the condition that he was not further identified, told Reuters.

The talks coincided with the sailing last month of a Libyan-chartered ship carrying cargo for Palestinians in Gaza, which is under an Israeli blockade.

Libya had asked Israel to allow the Moldovan-flagged Amalthea to reach Gaza in exchange for Hadad, the official said.

In a compromise, the Amalthea docked instead in the nearby Egyptian port of El Arish, and Israel agreed that some 20 prefabricated structures in its cargo be admitted to Gaza.

Hadad was born in Tunisia and left with his parents for Israel as a baby, said Haviva Pedaya, a family friend.

Libyan officials in Tripoli were not immediately available for comment.