The body compiling a new constitution has continued working in the eastern town of Bayda and hopes to put a draft up for vote in December, its spokesman al-Sadiq al-Serrsi said. 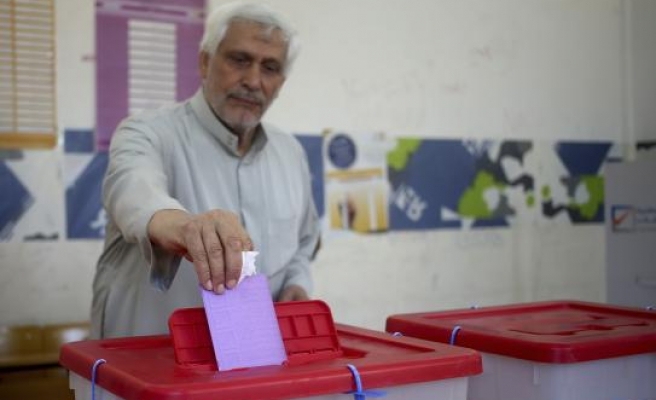 Libya hopes to hold a referendum on a new constitution in December, a committee said on Thursday, undeterred by a descent into chaos and violence that has forced the elected parliament hundreds of miles from the capital.

Western powers hope the constitution will help bridge at least some of the differences dividing the desert nation along tribal and regional lines more than three years after the toppling of veteran ruler Muammar Gaddafi in 2011.

The central government is unable to control the heavily armed former rebels who helped overthrow Gaddafi but now fight each other to dominate the oil producer.

An armed group from the western city of Misrata took over the capital Tripoli, in western Libya, and set up its own government and parliament last month, forcing the elected House of Representatives to move to the eastern city of Tobruk.

Nonetheless, the body compiling a new constitution has continued working in the eastern town of Bayda and hopes to put a draft up for vote in December, its spokesman al-Sadiq al-Serrsi said.

"The commission predicts that the referendum on the constitution will be in December," he said, giving a timeframe for the first time.

Serrsi said it would be a challenge to hold a vote with the ongoing violence. But Libya surprised the world by successfully staging a national election in June, despite militia fighting raging in several parts of the country.

To try to narrow differences between the warring factions, the new U.N. special envoy for Libya, Bernardino Leon, flew to Tripoli on Thursday in the first visit of a senior foreign official since the Misrata group seized the capital.

He had earlier visited Tobruk and Bayda, the main eastern cities still under government control.

The persistent fighting and lawlessness have prompted most foreign countries and the United Nations to close their diplomatic missions in Libya.

A U.N. statement said Leon met members of parliament and other "influential and political actors" during two days of talks. It did not name them.

"We seek to have and see a legitimate parliament which everyone recognises," Leon told a news conference broadcast by al-Nabaa television station, in comments that enraged the armed group that has helped set up a rival parliament.

The Misrata group has helped reinstate the old assembly, the General National Congress (GNC), after its takeover of the capital, refusing to recognise the new elected parliament.

GNC spokesman Omar Hmeidan told al-Nabaa Leon had not consulted the old assembly: "We, the GNC, condemn that the U.N. envoy ignored the only legitimate body in Libya, the General National Congress."

The volatile situation in Tripoli has been exacerbated by separate clashes in the eastern port city of Benghazi, where Khalifa Haftar, a former general from the Libyan army, has launched war on militants.