Residents in Tripoli are able to see the palace and the other buildings for the first time. 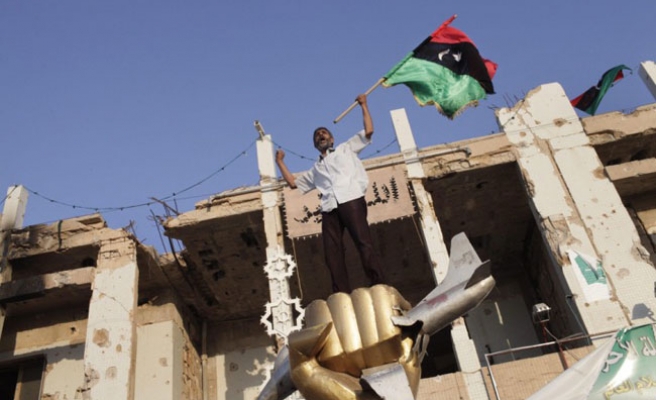 Residents in Tripoli are able to see the palace and the other buildings for the first time.

Walls of the palace are full of bullet wholes and some parts of the compound were set on fire.

Gaddafi's famous Bedouin tent was overrun and Libyans rummaged through the home of the leader as well as residences of high-level bureaucrats and military officials.

Two luxurious automobiles belonged to Gaddafi's son are in the hands of the opposition forces now.

Meanwhile, blanket-covered bodies of soldiers who were shot dead during opposition forces' storm are still lying on the ground.

Outside the compound, Libyans celebrate their victory. They burn Gaddafi regime's flag and the leader's photographs.

The toppled leader of Libya fled his palace in Tripoli and is believed to have escaped through a network of tunnels running through the country.