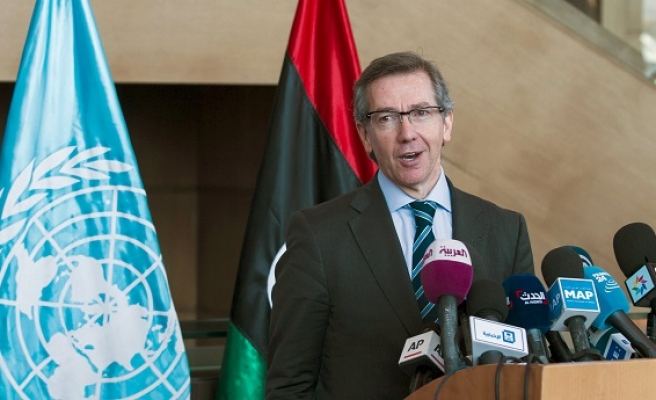 The United Nations said a new round of talks aimed at ending more than a year of violence and political chaos in Libya opened in Geneva on Friday.

"The Libyan political dialogue round commenced at the United Nations Office at Geneva," it said in a statement.

"All parties invited to the meetings have confirmed their attendance."

It said the UN special envoy for Libya, Bernardino Leon," is holding a number of meetings with the parties on Thursday and Friday".

Libya has two rival parliaments and governments and has been torn apart since the international community helped to oust dictator Moamer Kadhafi in 2011.

The one in Tripoli, the General National Congress, is controlled by Libya Dawn forces, and the West-backed government operates out of Tobruk, in the far east of the country.

The September 3-4 talks in Geneva are the latest round in long-running peace negotiations between the North African country's rival factions.

The United Nations has been brokering talks aimed at establishing a unified government.

The factions agreed in January to set up a unity government to restore the stability shattered since the 2011 revolution, but negotiations on details and over posts ran into hurdles.

Members of the GNC, which decided on Wednesday to participate after boycotting the round last month in Morocco, were also expected.

The UN had hoped that the talks would lead to an agreement being signed by September 20, with its implementation to start around October 20.

The agreement, so far rejected by the GNC, aims to form a national unity government for a two-year transition period to end with parliamentary elections.

The internationally recognised parliament on Tuesday adopted a list of candidates for the new administration, the press agency loyal to it reported Wednesday.

The 12 candidates include one woman and former foreign minister Abdulrahman Shalgham, it said.