Tunisian officials said the army had closed the frontier area, an important crossing point for humanitarian aid and other supplies destined for Libya. 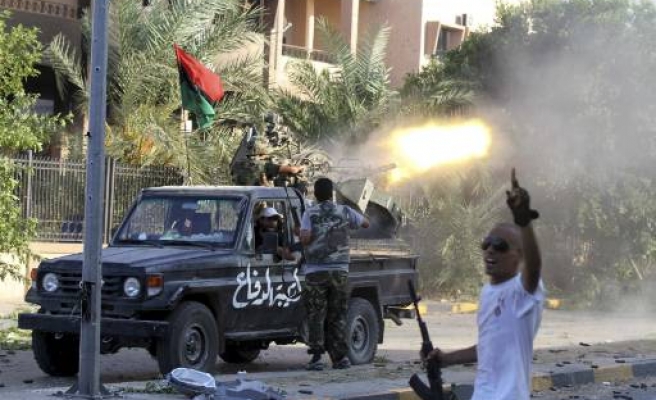 Rebels and forces loyal to fallen Libyan leader Muammar Gaddafi battled at Ras Jdir on Libya's coastal border with Tunisia on Friday, a witness in the area said.

Tunisian officials said the army had closed the frontier area, an important crossing point for humanitarian aid and other supplies destined for Libya.

"Clashes are starting between large numbers of rebels and forces loyal to Gaddafi for control of the border," said local resident Fathi Chandol.

"The army asked us to stay away from the area," he told Reuters. "The area has been declared a closed military zone."

Earlier, security sources in Tunisia said negotiations had been taking place between Tunisian officials and Gaddafi representatives to hand over control of the Ras Jdir crossing to the rebels in an attempt to avoid violence.

A security official said: "Security officials from the military forces are trying to convince Gaddafi's people to give up the crossing but it seems they are afraid and they want guarantees that they can come to Tunisia."

The Libyan insurgents are keen to control the crossing because it will allow them to bring in supplies of food, water and other essentials from Tunisia.