Abdel Jalil said, we decided that we do not need any forces to maintain security, be it international, Muslim or other. 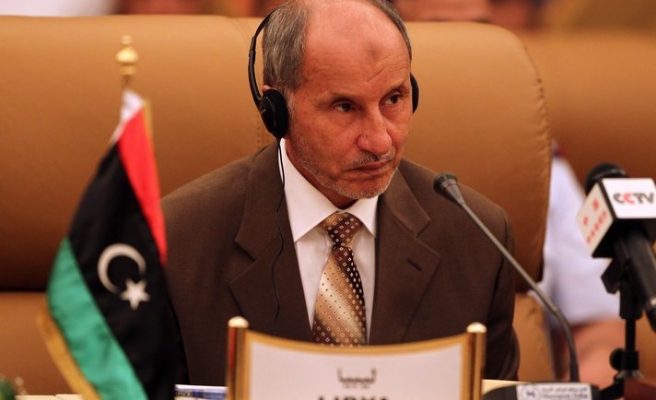 Libya's interim rulers on Tuesday announced a four-day deadline for forces loyal to Muammar Gaddafi in the town of Sirte and elsewhere to surrender or face military force.

"By Saturday, if there are no peaceful indications for implementing this, we will decide this matter militarily. We do not wish to do so but we cannot wait longer," he told a news conference in the eastern city of Benghazi.

Abdel Jalil said he had met NATO officials during a visit to Qatar on Monday.

"In yesterday's meeting with alliance officials, we decided that we do not need any forces to maintain security, be it international, Muslim or other.

"We are betting on our youths and we are certain our bet will pay off," he said.

Abdel Jalil said he believed that Gaddafi's wife and three of his children, who fled to Algeria on Monday, would go to a third country before long.

"We ask the Algerian government (to ensure) that the presence of those people does not pose a threat to Libya and we hope they will be handed over when they are sought by justice.

"We believe Algeria will not keep them for a long time. We believe it is just a pause before they leave for another place," Abdel Jalil, who was once Gaddafi's justice minister, said.