The fractious talks involving tribal elders from Bani Walid, south of Tripoli have been running for several days. 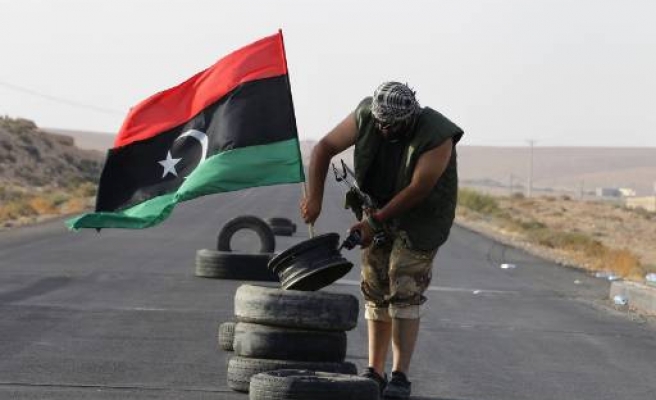 Representatives of Libya's ruling interim council said they were preparing to take over a desert town held by loyalists of Muammar Gaddafi after reaching an agreement with tribal elders on Tuesday, but disagreed on whether to use force.

The fractious talks involving tribal elders from Bani Walid, south of Tripoli have been running for several days.

Signs of progress have often been followed by setbacks as Gaddafi loyalists dig in their heels and officials from the National Transitional Council (NTC) send contradictory messages.

After one NTC negotiator suggested the town could be handed over peacefully, another said forces should prepare to attack.

The town is one of the last pro-Gaddafi strongholds in Libya and the drawn-out negotiations reflect the complexities of dismantling the remnants of the strongman's 42-year rule and establishing a new government.

"We are very happy with the result of the meeting," NTC negotiator Abdallah Kanshil said, adding that the Gaddafi loyalists had seen eye-to-eye with the NTC's proposals.

"We are just waiting for the order to go into Bani Walid."

But another NTC negotiator, Mahmoud Abdel Aziz, later cast doubt on the agreement, saying that the elders had been threatened by Gaddafi loyalists after the meeting and that this had soured the atmosphere.

He called for an attack on the town rather than a peaceful handover. "We are ready to attack very soon," he said, estimating the pro-Gaddafi forces at 100-120 gunmen with small weapons and one rocket launcher.

A statement on Syrian-owned Arrai TV further clouded the picture. A man called Youssef Ali, identified as a spokesman for Warfalla tribes in Bani Walid, said there had been no negotiations about control of the town.

"Warfalla notables in Bani Walid are not interested and utterly reject even the talk of surrender or handing over of their city to anyone," the channel broadcast him as saying.

NTC military units are trying to squeeze pro-Gaddafi forces out of Bani Walid, as well as Gaddafi's home town of Sirte on the coast and a swathe of territory deep into the desert.