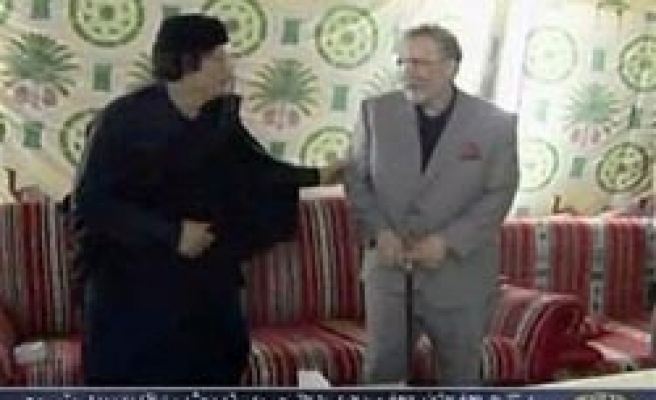 "We will not give any Libyan citizen to the West," Mohammed al-Alagi, the NTC justice minister, told reporters in Tripoli. The NTC is the de facto government of Libya's rebel movement.

"Al-Megrahi has already been judged once and he will not be judged again ... We do not hand over Libyan citizens. (Muammar) Gaddafi does."

Megrahi, who had been diagnosed with cancer, served eight years in a Scottish prison for orchestrating the bombing of the Pan Am passenger plane which blew up over the Scottish town of Lockerbie in 1988 killing 270 people. He was released in 2009 on compassionate grounds after doctors gave him only months to live.

Megrahi's release angered politicians in the United States -- where many of the victims of the bombing came from. Britain's Prime Minister David Cameron later said the decision by Scotland's justice minister was a mistake.

Britain did not comment directly on the rebel announcement on Sunday.

"The prime minister has made clear that the Scottish government decision to release al-Megrahi was wrong and misguided," said a foreign office spokeswoman.

"The NTC have committed to fully cooperate in resolving outstanding legacy issues from the beginning, something reiterated when (NTC) chair Abdul-Jalil visited the UK on May 12."

Televised images of Megrahi getting a hero's welcome after his release in Tripoli angered the families of the victims of the Lockerbie bombing.

One of Megrahi's neighbours in Tripoli said he was whisked away by security guards last week when the capital fell to rebels battling forces loyal to Muammar Gaddafi. Megrahi's whereabouts on Sunday were unknown.

Gaddafi's fall has prompted expectations in some Western capitals that Libya's new leaders can be persuaded to extradite him. But that would be politically unpopular in Libya, where Megrahi is widely viewed as an innocent pawn in a political game.