Jibril said he also hoped Libyan assets frozen during the uprising against Gaddafi would be released. 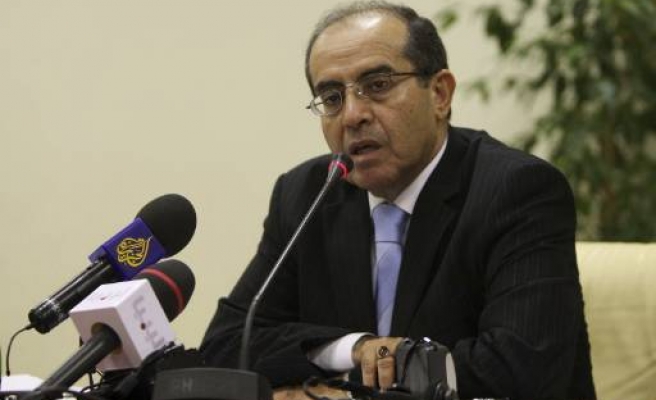 Libya's rebel National Transitional Council is seeking $2.5 billion in international aid by the end of the month to help the North African state recover from the six-month civil war, the NTC's prime minister, Mahmoud Jibril, said on Tuesday.

Members of the NTC will meet representatives from the United States, France, Italy, Britain, Turkey and Qatar on Wednesday in Doha to discuss the issue, Jibril told a news conference in the Qatari capital.

Rebels stormed Muammar Gaddafi's compound in Tripoli on Tuesday in what is widely seen as the final blow to his 42-year rule, though the long-time leader's whereabouts remain a mystery. The fighting virtually halted the OPEC member's oil exports, the backbone of its economy.

"Now we have to concentrate on rebuilding and healing our wounds," Jibril said, adding he hoped to receive the aid "before the end of Ramadan, so that salaries of Libyans can be paid and medical treatment for those who lost limbs can be provided."

The Muslim holy month of Ramadan ends at the end of August.

Jibril said he also hoped Libyan assets frozen during the uprising against Gaddafi would be released.

"Unfreezing the assets will be a priority of the transitional government," Jibril said, estimating that there are some $160-$170 billion in frozen assets. "We continue to discover new facts."

He said the National Transitional Council would focus on restarting work at oil fields and terminals as quickly as possible. Libya produced about 1.6 million barrels of oil a day before the war started.

"Our main priority is protection of the fields. Because the high level of danger has been removed, a number of wells can be repaired and returned to production in the near future," he said. Analysts have said a recovery would take months.

Jibril said the NTC also planned to hold a representative national congress soon to decide the make-up of a committee to draft a constitution -- among the first steps on the road to presidential elections.

He said legislative elections would follow a constitutional referendum, and the head of parliament would act as head of state until presidential elections were held.

He did not give a timeframe.

A military spokesman for the NTC said on Tuesday that he expected the council to move its headquarters from Benghazi to the capital Tripoli in two days.