Libyan rebels dissolved their executive committee, or cabinet, after procedural errors in the handling of the unexplained shooting dead 12 days ago of their military chief. 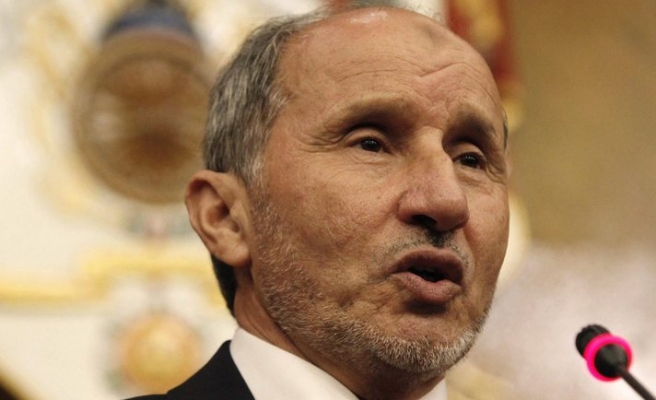 Libyan rebels on Monday dissolved their executive committee, or cabinet, after procedural errors in the handling of the unexplained shooting dead 12 days ago of their military chief.

The 14-member executive committee, including officials responsible for defence and interior affairs, was sacked and a new one will be nominated by Prime Minister Mahmoud Jibril, National Transitional Council (NTC) media director Shamsiddin Abdulmolah said.

Rebel commander Abdel Fattah Younes was killed on July 28 after being taken into custody by his own side for questioning, throwing into question the unity of the NTC, just as it was winning broader international recognition.

"They've all been dismissed," Abdulmolah told Reuters. "There were administrative errors that they were held responsible for."

The killing of Younes, a former interior mister under Gaddafi who defected to the rebels soon after Libya's uprising began in February, rocked the rebel movement and raised fears of fighting among opposition factions.

Supporters of Younes, including leaders of his large tribe, have demanded a full and transparent investigation, amid talk that rivals in the opposition camp may have been responsible.

The NTC, under the leadership of Mustafa Abdel Jalil and recognized by about 30 countries, is not affected by the dismissal of the executive and some of its members could be brought back when a new committee is formed, Abdulmolah said.

"It's part of the maturing of the revolution, holding people responsible," he added. "It's healthy. The NTC is still the highest authority."

"Given the shortcomings in the performance of some members of the executive committee with regard to this crisis and this incident, the Council has decided to form a new committee," rebel spokesman Abdel-Hafiz Ghoga told Al Jazeera television.

Younes was part of the group involved in the 1969 coup that brought Gaddafi to power. He occupied senior positions at Gaddafi's side, and was interior minister before he defected.