The Libyan government will release 38 more members of an Islamist group jailed for plotting to overthrow the government of Muammar Gaddafi. 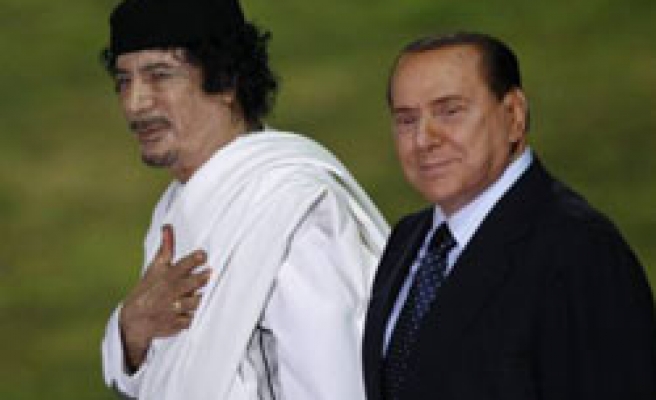 The Libyan government will release 38 more members of an Islamist group jailed for plotting to overthrow the government of Muammar Gaddafi, the country's attorney general Abderhmane al Abbar said on Monday.

"The authorities has taken the decision to release the 38 prisoners and they are expected to leave jail today or tomorrow. It is just a matter of procedure," he told Reuters.

Libyan Islamic Fighting Group (LIFG) leaders, jailed in Abu Salim on the outskirts of Tripoli, have been negotiating a deal over the past two years to give up struggle against Gaddafi in exchange for the release of LIFG members.

It was not clear whether the remaining LIFG leaders would be among the 38 prisoners to be freed. At least 254 members of the group have been released in batches over nearly three years.

Human rights groups say Libyan security forces killed 1,200 prisoners in 1996 in Abu Salim during fighting between the army and LIFG members in several villages and towns around Benghazi, the center of opposition to Gaddafi's government.

Three top officials from the group were freed early this year through negotiations spearheaded by reform-minded Saif al Islam, Gaddafi's most influential son.

LIFG fought battles in city streets and in the mountains in the 1990s, as part of its attempts to overthrow Gaddafi.

Political sources in Tripoli said that up to 300 Islamists from LIFG and other groups were still in prison, not including the new batch of prisoners to be released this week.