"Turning a blind eye to terrorism in Libya is no longer acceptable," Saleh Iissa said in his speech to the United Nations General Assembly. 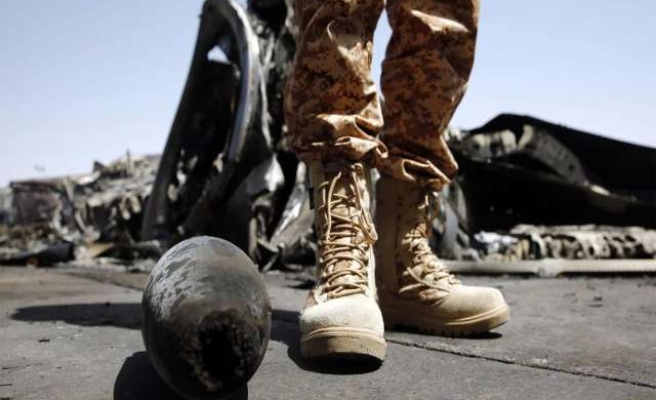 Libya on Saturday asked the world either to give it more weapons and other support to help restore security and rebuild its institutions or to declare outright that the conflict-torn North African state "must face terrorism alone."

After describing Tripoli's descent into chaos, which led the government to abandon its premises in the capital, Aguila Saleh Iissa, president of the Libyan House of Representatives, said: "This would not have happened had the international community taken the situation in Libya seriously."

The Libyan government is unable to control brigades of former rebels who helped oust Muammar Gaddafi that are now battling each other. An armed opposition group from the city of Misrata took control of Tripoli in July, forcing parliament to move to the eastern city of Tobruk.

Members of a Libyan militia late last month took over an annex of the U.S. Embassy in Tripoli that had been abandoned in July as clashes escalated.

"Turning a blind eye to terrorism in Libya is no longer acceptable," Saleh Iissa said in his speech to the United Nations General Assembly.

"The international community has either to stand with the elected legitimate authorities ... or state very clearly that Libya has to face terrorism alone," he added.

Saleh Iissa said "terrorism and extremism ... now forms a broad front stretching from Iraq to Algeria" and inaction will leave the international community facing the effects of its further expansion in North Africa and the Sahel.

The U.N. Security Council late in August passed a resolution that tightened the international arms embargo on Libya and extended sanctions to groups and individuals that threaten the country's peace and stability.

"The failure to provide arms and training to the Libyan army in its war against terrorism serves the interest of extremism," Saleh Iissa said.

Libya, until recently awash in cash thanks to oil export revenue as an OPEC member, last year ran an 8 billion-dinar ($6.5 billion) deficit as a wave of protests cut into crude output. Earlier this week, a senior lawmaker said the deficit could more than double to 19 billion Libyan dinars ($15 billion) this year.