Libya will be able to fund rebuilding of 1,250 Gaza Strip homes destroyed in Israel's offensive there last year after a deal to free Israel spy suspect, U.N. officials said on Tuesday. 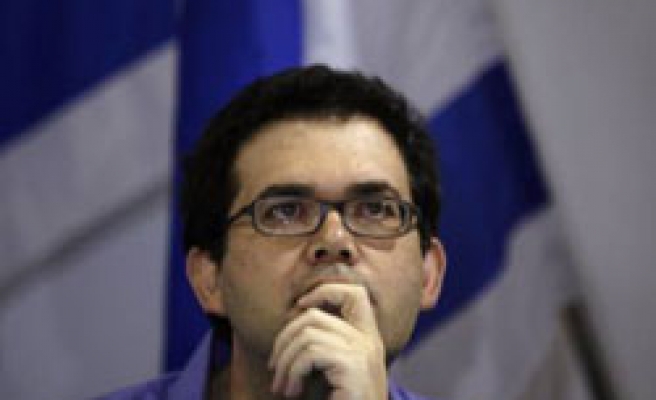 Libya will be able to fund rebuilding of 1,250 Gaza Strip homes destroyed in Israel's offensive there last year after a deal to free Israel spy suspect, U.N. officials said on Tuesday.

The United Nations Relief and Works Agency (UNRWA), which looks after Palestinian refugees, said under the deal Israel would allow Libya to provide $50 million to fund the rebuilding of Gaza homes.

Israeli Foreign Minister Avigdor Lieberman and his aides declined to comment on details of the deal to free Hadad, 34, who was detained as a spy in March after travelling to Libya on a passport issued by Tunisia, the country of his birth.

After bringing Hadad home on Monday Lieberman said: "I think that the deal with the Libyan government was very, very successful, reliable. We know that they are a reliable partner ... and we will respect their demands regarding ... some Palestinian issues."

Talks over Hadad's release coincided with the sailing last month of a Libyan-chartered ship carrying cargo for Palestinians in Gaza, which is under an Israeli blockade that has been the subject of international debate since nine activists were killed when Israeli troops raided a Turkish-led aid flotilla in May.

Peter Ford, a representative of UNRWA's Commissioner General, said at the signing of the agreement with the Libyan Gaddafi Foundation that hundreds of Palestinian families would benefit significantly from the deal, but Israel should do more.

"UNRWA calls on the Israeli authorities to issue the necessary permissions promptly to allow us to use not only these new Libyan funds, but also Saudi, Dutch, Japanese, and other funds which are available to remedy this dreadful situation," said Ford in a statement released by UNRWA.

Israel imposed a blockade on the Gaza Strip since 2007.

Libya wanted Israel to let the aid ship Amalthea dock in Gaza in exchange for Hadad, an Israeli official said, speaking about the negotiations under condition he not be named.

Israel refused, and the Amalthea docked instead at the nearby Egyptian port of El Arish. Israel agreed that some 20 prefabricated structures in its cargo could be admitted to Gaza.