Libyan capital has food and fuel but no water: EU

The overall availability of fuel remains problematic but should be resolved soon, it said. A tanker with 30,000 tonnes for the supply of power plants arrived in Tripoli on Monday. 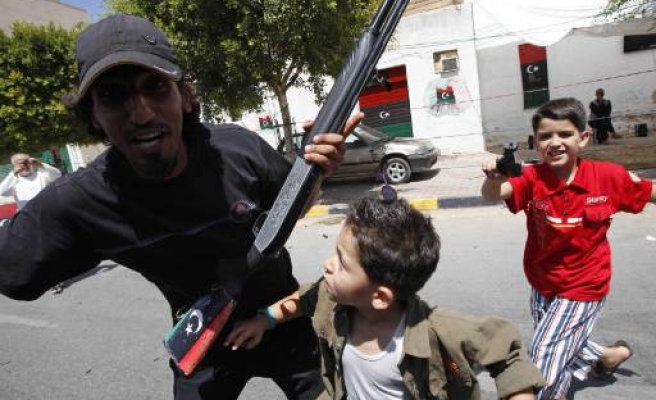 The Libyan capital Tripoli has enough fuel for the short term and food supplies are starting to get through, but there is no end in sight to a water shortage there, a crisis report from the European Union's humanitarian office (ECHO) said on Thursday.

Fuel at Zawiya refinery, 50 km (30 miles) west of Tripoli, appears to be enough to meet the main transport and energy needs for all of Libya in the short term, according to the document, which is not publicly available but was obtained by Reuters.

The overall availability of fuel remains problematic but should be resolved soon, it said. A tanker with 30,000 tonnes for the supply of power plants arrived in Tripoli on Monday.

The chairman of Libya's National Transitional Council (NTC), Mustafa Abdel Jalil, said last week that there was a "great quantity" of food at the refinery.

But the NTC has also asked the World Food Programme to help it buy 250,000 tonnes of gasoline.

Food shortages persist in Tripoli, with the main problem being a lack of capacity to unload cargo, including 11 cargoes with more than 61,000 metric tonnes of wheat flour waiting in Tripoli's port, the ECHO crisis report said.

"The shortage of drinking water is the predominant problem even though the coping mechanisms of the population prove to be better than anticipated," it said.

Forces loyal to ousted leader Muammar Gaddafi have choked off Tripoli's water supply and water engineers have not yet managed to reach the pumping stations at Jebel Hassouna, 700 km (435 miles) south of the capital, which are now in the hands of forces loyal to the NTC.

The International Committee of the Red Cross has offered its plane to fly the engineers south but the flight is still awaiting security clearance, the ECHO document said.

"The problem of shortage of drinking water in Tripoli and other towns in the western part of Libya remains acute as there is no solution in sight for the resumption of water supply through the Great Man-Made River (GMMR)," it said.

The Great Man-Made River is a vast pipeline network that brings water to coastal cities from beneath the Sahara desert.

To combat the water shortage, aid agencies are rushing to deliver water by truck and by ship, but if the problem persists, public health will be endangered, the ECHO document said.