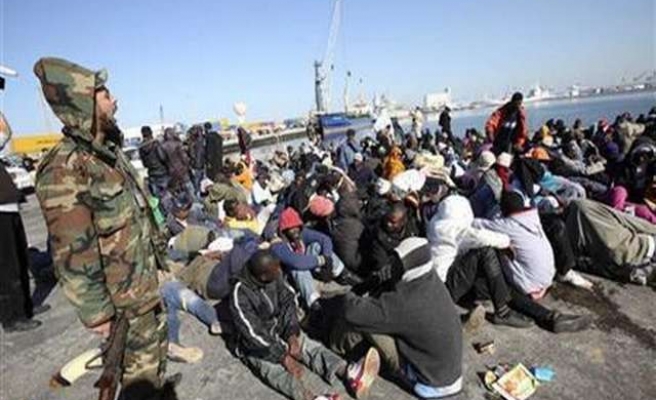 Some 43,000 migrants have crossed from North Africa to Italy so far this year, mostly via Libya where a weak central government is struggling to secure its porous land and sea borders.

"We arrested this group of illegal migrants during our daily patrol early this morning," a coastguard official told Reuters as the boat was brought to shore at Gharbouli east of Tripoli.

The area is frequented by human traffickers exploiting the weakness of Libya's state authorities since the overthrow of Muammar Gaddafi in 2011.

"They (the migrants) are from sub-Saharan countries and most of them are from Senegal," the official added.

Most migrants enter Libya via its southern borders with Sudan, Chad, Niger and Algeria before heading to the coast with the help of smugglers.