The NTC has said it will move government operations to the capital when it is possible. 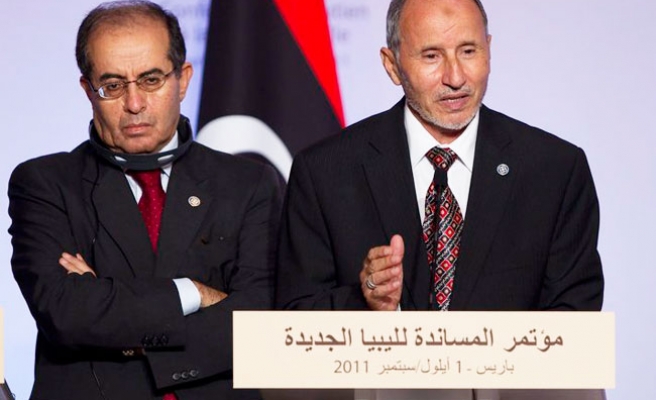 Libya's interim Prime Minister Mahmoud Jibril will be in Tripoli on Thursday, his office said, on his first visit to the capital since Muammar Gaddafi was toppled after six months of civil war.

Jibril, head of the National Transitional Council's executive office, will hold a news conference at 6 p.m. (1600 GMT) in Tripoli, his office said in an emailed statement.

The NTC's chairman, Mustafa Abdel Jalil, has run the provisional administration from the eastern city of Benghazi, cradle of the Feb. 17 revolt that overthrew Gaddafi on Aug. 23.

The NTC has said it will move government operations to the capital when it is possible. Establishing a provisional government in Tripoli is a formal element of the roadmap to democracy set out by Libya's new leadership last month.

A timetable, lasting about 20 months, for the drafting of a constitution and holding of elections, should start once the NTC declares Libya's "liberation". It has yet to do so and it is unclear exactly how the disparate groups which have taken over the country will define what constitutes liberation.

Abdel Jalil has indicated that the conflict will go on until Gaddafi is killed or captured.