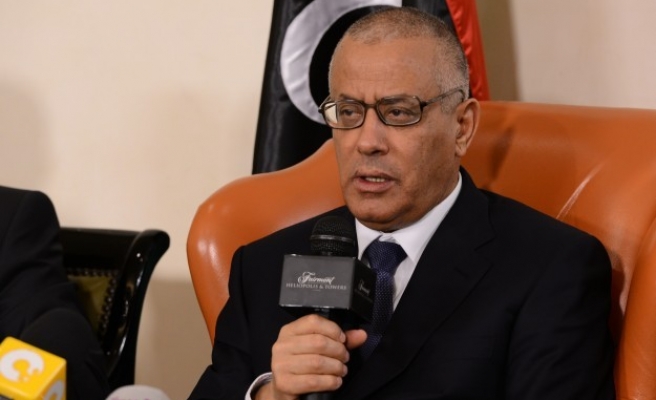 The Libyan government on Thursday confirmed the release of Prime Minister Ali Zeidan hours after his abduction by members of an armed militia.

He denied reports that the premier had been released on the kidnappers' initiative.

Kaabar, however, declined to elaborate on how Zeidan was released and whether the use of force was involved.

He said additional details about the abduction and release of the prime minister would be revealed later.

An official from the Libyan prosecutor-general's office, for his part, dismissed Zeidan's abduction and brief detention as "illegal."

The self-styled 'Operations Room of Libya's Revolutionaries' had announced earlier Thursday that it had seized Zeidan from outside Tripoli's Corinthia Hotel, where the politician had been staying.

The Interior Ministry's anti-terrorism unit had said Zeidan was being held based on an arrest warrant issued for him by the group.

A Libyan diplomatic source close to Zeidan told AA that the prime minister and his immediate circle had expected him to either be assassinated or kidnapped in light of recent statements in which he had openly criticized local militias.

Last month, Zeidan condemned what he described as the emergence of an "armed militia," which, he said, had become widespread throughout the country.

He accused the militia of wanting to reverse recent gains made by the Libyan people.

The prime minister added that the militia constituted an obstacle to government efforts to get the North African country out of its current political crisis.

Libyans have been struggling to restore order to their country since the death two years ago of longstanding strongman Muammar Gaddafi.