There was no immediate comment from the government or NATO and it was not immediately possible to verify the deaths. 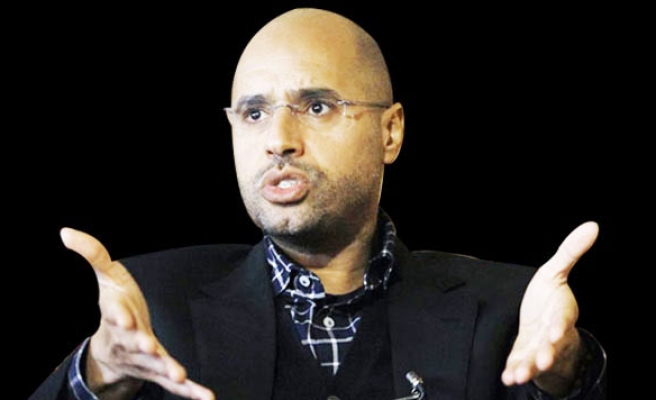 A rebel spokesman said on Friday that a NATO air attack has killed 32 people, among then Muammar Gaddafi's son Khamis, who serves as one of the main commanders of the Libyan leader's military forces.

The rebel spokesman said the air strike took place at Zlitan, a frontline town where some of Gaddafi's most loyal and best equipped troops are making a stand to defend the outskirts of Tripoli, 160 km (100 miles) away.

A NATO official at operations headquarters in Naples said he was aware of the report but could not confirm it.

"We cannot confirm anything right now, because we don't have people on the ground, but we are trying to find out what we can," he said.

There was no immediate comment from the Tripoli government.

If confirmed, the death of Khamis Gaddafi would be a severe blow to the leader's bid to resist a six-month-old NATO-backed uprising and remain in power.

Khamis is head of Libya's 32nd Brigade, one of Gaddafi's most professional and loyal units, which has been fighting in Zlitan, which lies between the rebel-held city of Misrata and the capital Tripoli.

The Gaddafi government said earlier this year that a NATO air strike had killed another of Gaddafi's sons, Saif al-Arab, who had a much lower public profile and no major leadership role.

Rebels who cleared Gaddafi's forces from Libya's third largest city of Misrata have been trying for weeks to push westwards and take Zlitan, which would open the coastal road toward his Tripoli stronghold.